This fine violin bow by Eugène Sartory, Paris, is a bow that is manifestly a typical Eugène Nicolas Sartory and a modern classic in bow...

This fine violin bow by Eugène Sartory, Paris, is a bow that is manifestly a typical Eugène Nicolas Sartory and a modern classic in bow making. Crafted in approximately 1925, this fine Sartory violin bow evolved during the most refined period of his oeuvre, and the choice of wood and the powerful character of the stick give a preview of the later phase of his work, which research places in the early 1930s. At that time, as a world-famous master, Eugène Sartory could look back on a successful career of over thirty years in which he focussed on developing his own personal bow model whilst also writing bow-making history with minor yet significant innovations, earning himself a wide-ranging clientele amongst outstanding musicians. On certificates he issued in the 1920s, Eugène Nicolas Sartory referred with justified pride to the long series of awards he had won in major metropolitan cities across Europe ever since he began competing. The top-tier classic fittings of this violin bow solidify its place in the oeuvre of its master, who had also made other magnificent bows prior to this, pieces featuring gold fittings and intricate tortoiseshell and mother-of-pearl inlays. With an aesthetic that is subtle yet sophisticated and tasteful, the silver-mounted ebony frog with a Parisian eye indicates that Eugene Sartory’s true epoch-defining achievement is primarily expressed in the music this violin bow produces – in its unparalleled characteristics and the exquisite sound which allows the bow to hold its own amongst the finest representatives of the French art of making bows. The pernambuco stick, with a highly dynamic round stick made of the finest light-brown pernambuco, bears Sartory’s original brand mark "E. SARTORY PARIS" over the frog. We are selling this orignal Eugene Sartory violin bow with a certificate of authenticity by Jean-François Raffin of Paris; the certificate can be seen be clicking the appropriate button. 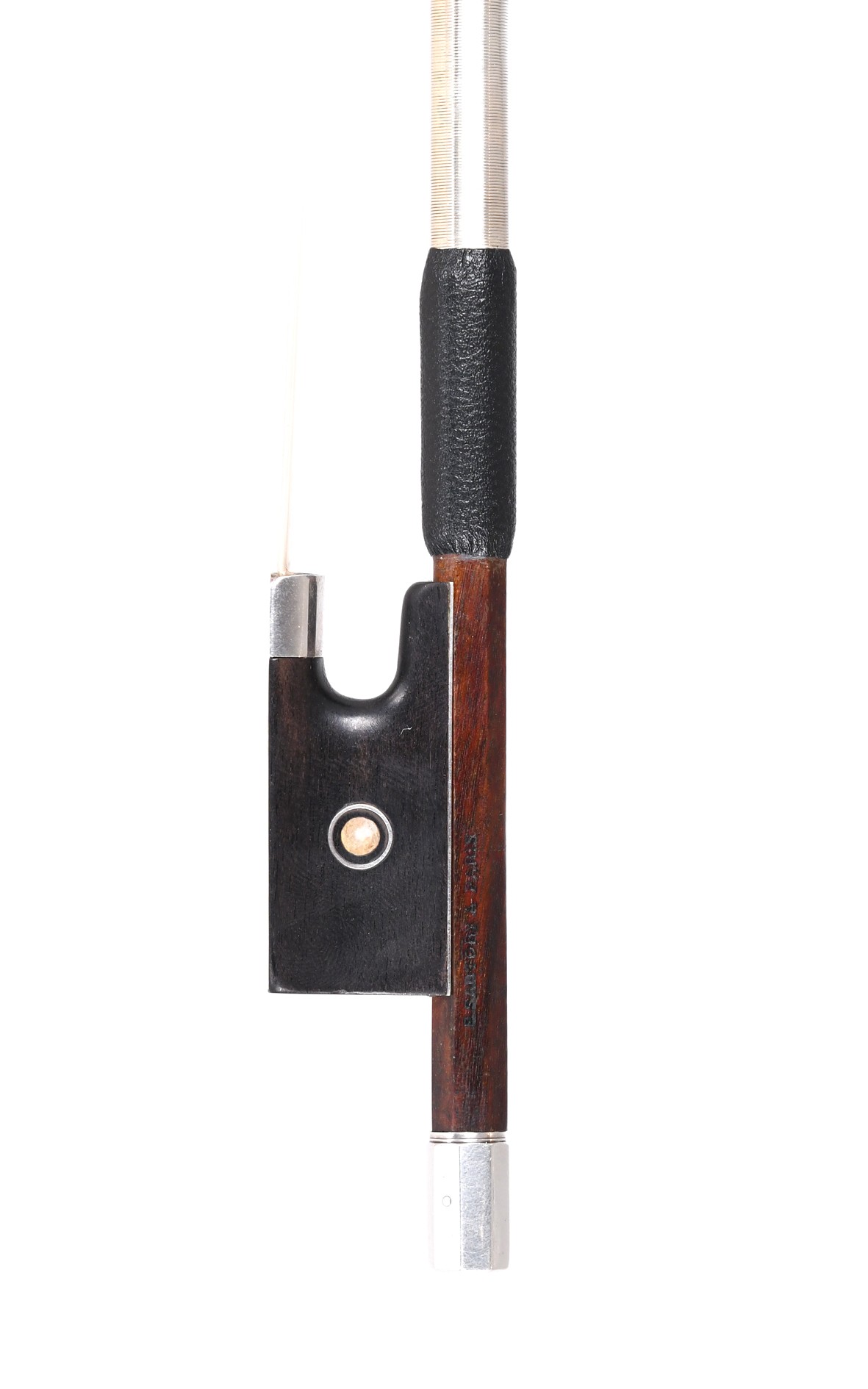