The Hopf violin: a dynasty of Vogtland violin makers

Hopf: History of a violin maker dynasty in the Vogtland region, Saxony

Caspar Hopf, one of the founding fathers of early violin making in Klingenthal and a key influence on its art, is thought to have been born in the spring of 1650 in Graslitz (Kraslice in Czech language). The son of an immigrant family, he was the first known master violin maker in Klingenthal. 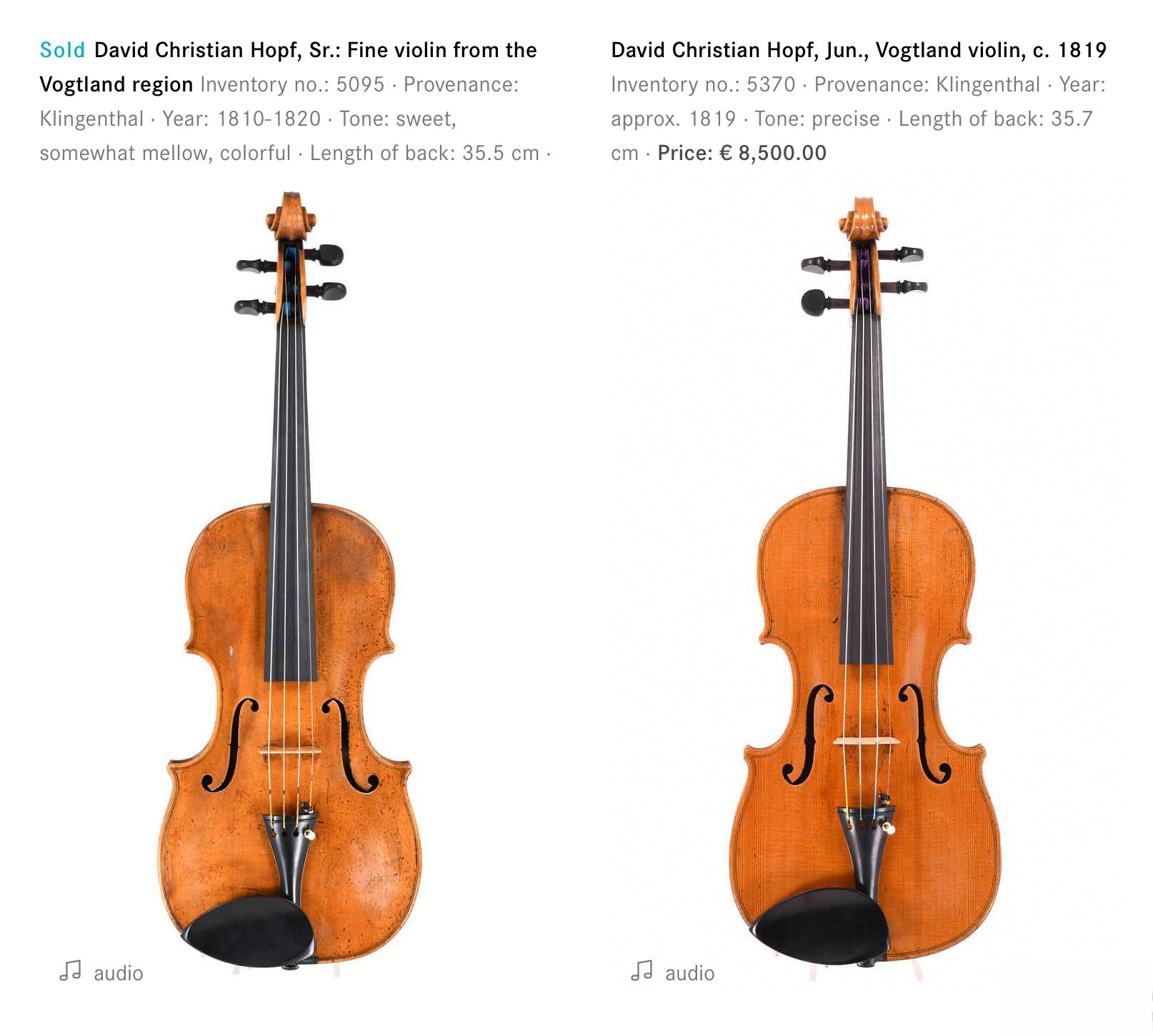 The typical "Hopf violin" with its distinctive “squary” outline, a highly arched top with a very flat back, and the light, transparent varnish over a saffron-coloured ground defined the style among generations of his descendants and artisans in the Vogtland. Researchers attribute a total of 42 violin makers to the Hopf dynasty, the genealogy of which can be traced back as far as eight generations. Its most famous member is David Hopf; his name graces fine violins which remain highly sought after to this day. In most cases, however, it is not clear whether these high-quality and distinctly yellow- and gold-coloured Hopf violins were made by David Christian Hopf Sr. (1734-1803) or his son David Christian Hopf Jr. (1776-1830). Important and outstanding examples of Vogtland violins also include instruments from two masters who signed their works “David August Hopf” and were active in the late 18th and early 19th century. Tributes to the work of their ancestor can be clearly seen in all of the Hopf family violin makers.

The legacy of Caspar Hopf in Klingenthal and Markneukirchen

Caspar Hopf died on 21 August 1711 in Stolberg in the Harz mountains while en route to the fair in Braunschweig. He did not live long enough to see the fruits of his labour: the founding of the Klingenthal guild in 1716, which was also a breakthrough for violin makers in his hometown. Caspar Hopf's son, Johann Michael Hopf, also worked diligently towards his father's cause until his early death in 1712. His widow, Anna Rosina Hopf, was accepted in the newly-established violin makers' guild four years later and was allowed to have two journeymen, just as a master would: this was a genuinely exceptional event and represented a special chapter in violin-making history. At the same time, it reflects the importance of the Hopf violin and the Hopf violin maker dynasty.

Instruments by the Hopf family and their workshops

Other families of Klingenthal violin makers

Klingenthal - the origins of violin making