This fine violin by Giuseppe Pedrazzini with high investment potential was made in 1950. Giuseppe Pedrazzini, born in 1879 near Cremona, made this violin late in life. The highly sought-after master placed his mark and original label on it in 1950. Giuseppe Pedrazzini began his career by studying to become a cabinet maker in keeping with the family tradition, and as a young man, he repaired violins in his spare time. Gradually Giuseppe Pedrazzini evolved into a promising luthier, at which point he started working as Romeo Antoniazzi's assistant, where he honed his skills into a highly refined art. In 1906, Giuseppe Pedrazzini established his own workshop and eventually became the official luthier of the Milan conservatory and La Scala. The highlights in his biography include numerous prizes and medals at major violin making exhibitions and competitions, amongst them Rome in 1920 and Cremona in 1937. An exceptional master, he was also an influential teacher who left behind a legacy in Italian violin making: Piero Parravicini and Ferdinando Garimberti, younger students of Romeo Antoniazzi, both perfected their art under Giuseppe Predazzini. His circle of apprentices also included his nephew Natale Novelli, who had become his closest colleague by 1950, the time when this instrument was produced. Novelli took over the workshop in 1957 after Giuseppe Pedrazzini's death. This instrument is unmistakably influenced by Novelli's craft, but its distinctive and striking aesthetic unquestionably places it within his uncle's oeuvre. The lovely scroll and rich, gentle and highly transparent oil varnish, which has developed gentle crackling, both indicate Pedrazzini's style, as does the expressive and assertively large model itself. Premium tone woods help give this Pedrazzini violin its stupendous tonal properties. The top is made of refined spruce with a fine to moderate grain, and deep flames of exceptionally rare beauty emanate from the centre of the maple used for the two-piece back. Free of cracks and in outstanding condition, this Giuseppe Pedrazzini violin is compelling, with a powerful sound full of bright brilliance and soloist volume. We warmly recommend it for professional musicians. The price includes a certificate of authenticity by the esteemed London expert firm John & Arthur Beare.

Giuseppe Pedrazzini violin made in 1950 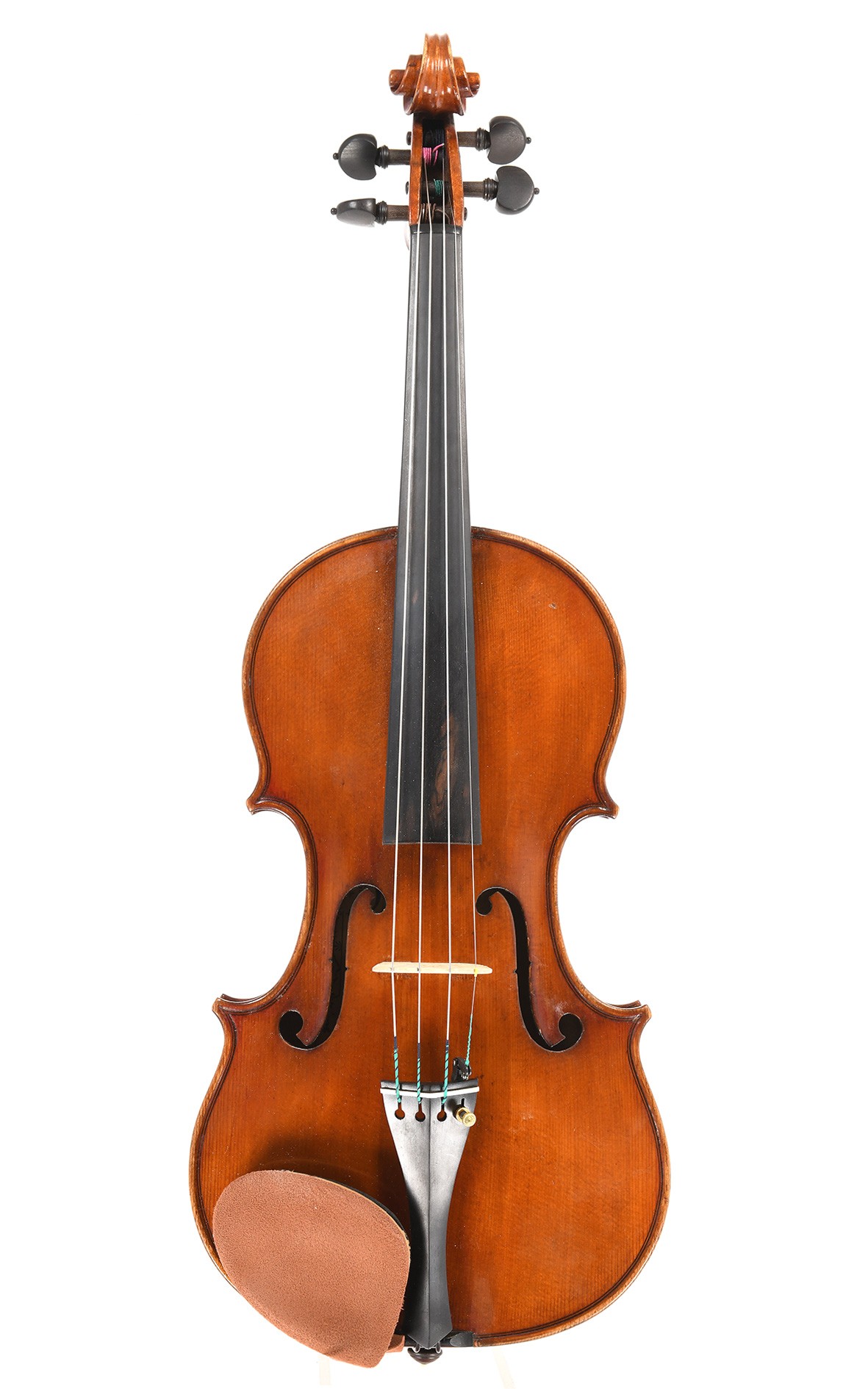