Jean-Baptiste Vuillaume: notes on his life and work

Jean-Baptiste Vuillaume: on the life and work of the most significant violin maker of modern times

Jean-Baptiste Vuillaume is the decisive figure in modern French violin making. He ranks among the most important names in European violin making due to the quality of his work, his creative and innovative strengths as well as his enormous business success. 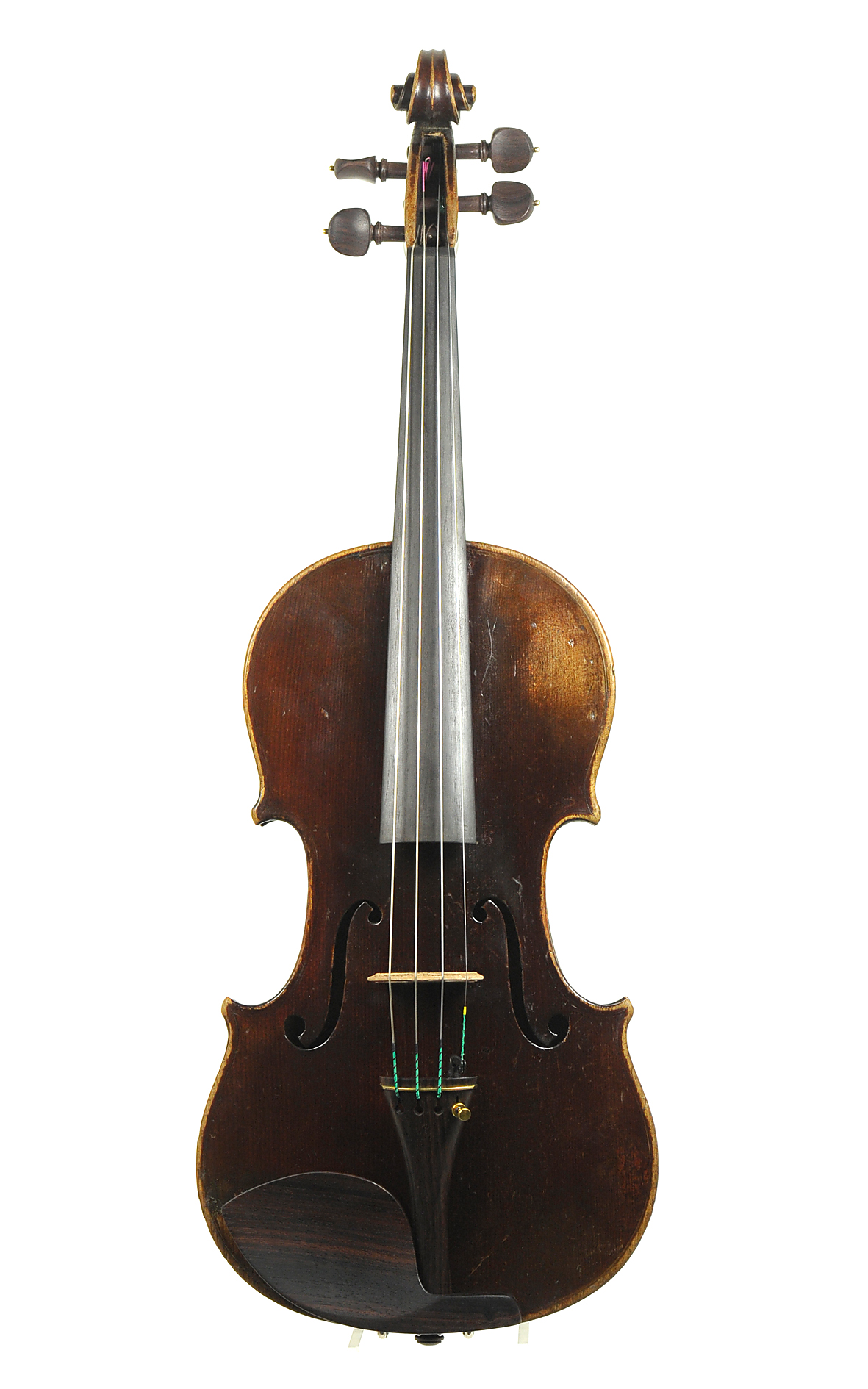 From Mirecourt to Paris: the young J. B. Vuillaume

J. B. Vuillaume was born on 7 October 1798 in Mirecourt as the son of a well-established family of violin makers. After completing his apprenticeship under his father, Claude François Vuillaume, the restless young luthier sought new inspiration for his art. This prompted J. B. Vuillaume to leave his home in the Vosges mountains at the age of 19, and in Paris he discovered an environment that was strongly marked by personalities who were as innovative and eager to experiment as they were entrepreneurial. Jean-Baptiste Vuillaume's talent as a craftsman and his spirit of curiosity led him to François Chanot in 1819. Chanot, a famous former naval engineer who had been forced to return to the family trade of instrument making, taught his young assistant about his techniques for improving the sound of a violin. In 1821, J. B. Vuillaume switched to the violin repair studio of organ maker Simon Lété and became a partial owner in 1825 after a brief intermezzo of working for himself.

By the time J. B. Vuillaume established his own shop at Rue des Petits Champs No. 40 in 1828, he had become a craftsman with training in the sciences and a skilful businessman. He rigorously pursued the business model that appeared most promising: he crafted highly sophisticated Stradivari and Guarneri replicas. His facsimiles shared the utmost standards of artisanal perfection and historic sensitivity, so much so that even experts confused Jean-Baptiste Vuillaume's instruments with the originals. Nicolo Paganini, for example, could not distinguish his Guarneri violin from its Jean-Baptiste Vuillaume “twin” until he played it. There was a great surge in demand for historic Italian violins during this epoch, a development which brought Jean-Baptiste Vuillaume immense entrepreneurial success. To meet his needs for premium aged woods so he could fill his many commissions, he travelled through Switzerland, Tyrol and Silesia. Amongst other things Jean-Baptiste Vuillaume bought old furniture and often dismantled it right on the spot in his quest for suitable raw materials.

The J. B. Vuillaume workshop – a nucleus of innovation and the classic art of violin making

His continued financial success allowed J. B. Vuillaume to concentrate on extensive research in the fields of acoustics and experimental violin and bow making. Together with acoustics specialist Félix Savart, he studied the vibrations of historic Italian instruments. J. B. Vuillaume developed a technique for drying wood artificially and experimented with making a bow out of steel in an effort to pursue alternatives to rare pernambuco. Some of his pieces featured exceptional technical sophistication: these inventions include a bow with a mounted frog that was tightened and loosened via an internal mechanism, as well as a mute that was regulated using the chin. But Jean-Baptiste Vuillaume also invented new instruments, such as his “Contralto,” an oversized viola with a powerful sound, and the extreme “Octobass” which measured 3.45 m (nearly 12 feet) and required two musicians to play it. Vuillaume's enduring renown is due in large part to his mathematical analyses of the bows made by François Xavier Tourte. In 1860, J.B. Vuillaume opened a new atelier at Rue Demours No. 3, where over 3,000 numbered instruments were crafted along with other objects. His numerous students and employees included famous violin and bow makers such as Jean-Joseph Honoré Derazey, Alexandre Delanoy, Charles Simonin, Ludwig Neuner, François Nicolas Voirin and H. R. Pfretzschner. J. B. Vuillaume died as both a living legend and as a wealthy and highly esteemed man on 19 March 1875 in Paris.

How to select a violin, provenance, violin value and appraisal