This fine master viola bow is a late work by the Bubenreuth master Gotthard Schuster, dating from the years before his death in 1987. The viola bow reflects its Gotthard Schuster’s faithfulness to the great luminaries in French bow-making, a style which had a profound influence on his entire oeuvre. Gotthard Schuster’s career began in the Bohemian town of Schönbach (now Luby in the Czech Republic) where his father Emanuel Schuster trained him. From 1929 onward he enjoyed major international successes with his own atelier until war and displacement forced him to relocate and start again in Tennenlohe near Erlangen in 1946. Gotthard Schuster settled in Bubenreuth in 1950, and there he built further upon his reputable name by establishing important contacts, including Rembert Wurlitzer in New York. His legacy also lives on in the family bow-making ateliers run by Rudolf Ringer, who completed his apprenticeship at Gotthard Schuster’s workshop in Schönbach, and Herbert Wanka, who ranks amongst the most successful journeymen to emerge from Bubenreuth. The fact that Schuster still had a steady and confident hand at an advanced age can be seen in the delicate craftsmanship of the narrow, elegant head and the silver-mounted ebony frog with a Parisian eye – an aesthetic promise which is musically fulfilled by the strong octagonal stick. The bow has a balancing point which is centrally positioned at 26.6 cm of the total length of 74.4 cm. We recommend this Gotthard Schuster viola bow, which made its way to us in nearly new condition and features Schuster’s personal original stamps on shaft and on the frog. With its bright, resonant and radiantly sweet sound, the viola bow is ready to play. 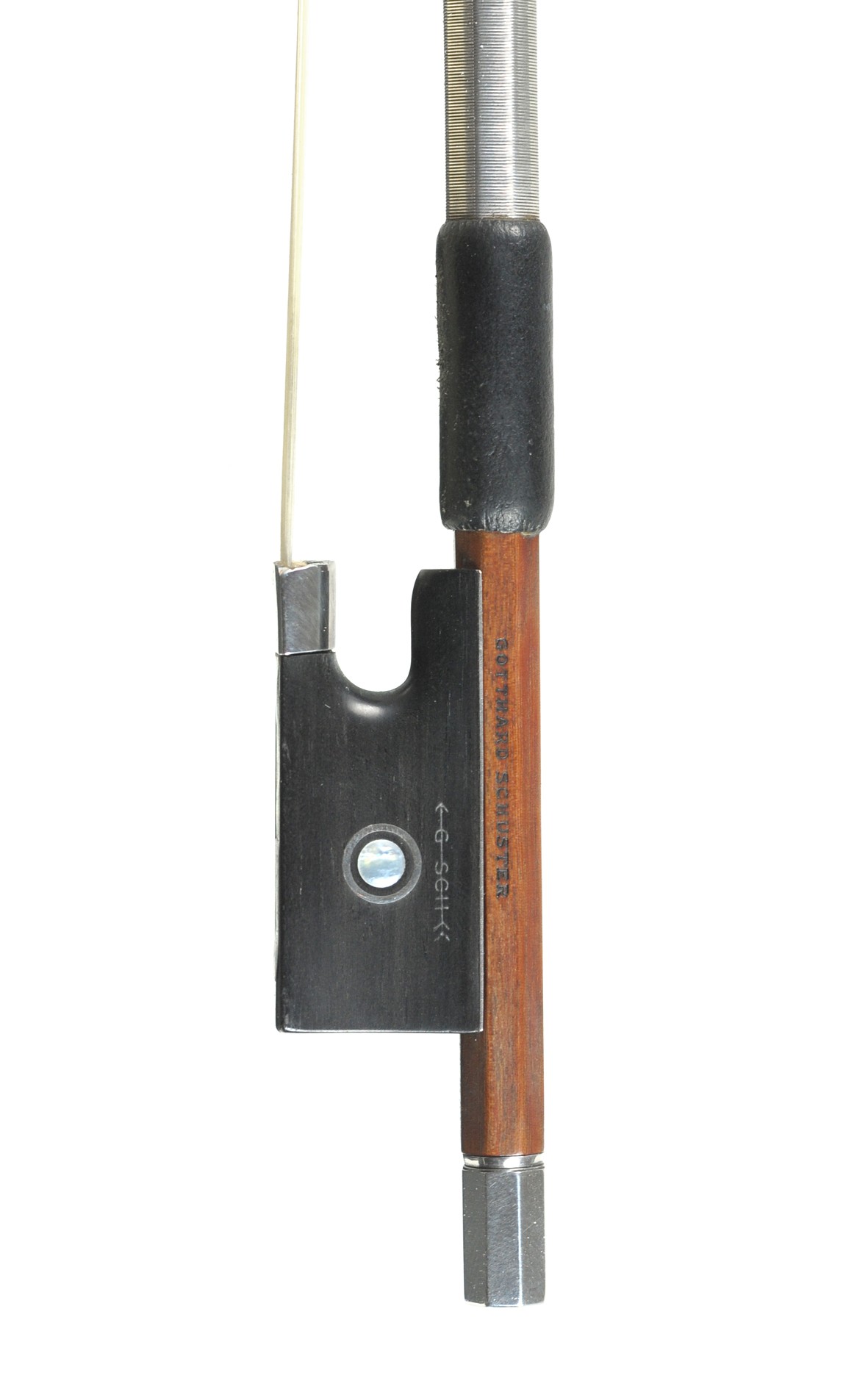