A comparatively young instrument, this fine Italian viola was crafted by Giuseppe Lucci in 1967 in Rome. With its large and powerful sound, its radiant resonance is an impressive testimonial to contemporary Italian violin making, the significance of which...

A comparatively young instrument, this fine Italian viola was crafted by Giuseppe Lucci in 1967 in Rome. With its large and powerful sound, its radiant resonance is an impressive testimonial to contemporary Italian violin making, the significance of which can be too easily overlooked given the (certainly uncontested) relevance of its historic masters. Amongst insiders and musicians, however, it is an open secret that exceptional work was produced by Giuseppe Lucci, who was born in 1910 in Bagnacavallo near Ravenna and studied under Pietro Borghi in Modena. In 1949 Giuseppe Lucci generated quite a stir when he won the international violin-making competition of Cremona with three instruments: a violin, a viola and a cello. During his lifetime he was highly decorated and internationally esteemed, and after his death in 1991 the realisation grew stronger that that he earned a rightful place amongst the most important Italian luthiers of the 20th century. The large and expressively carved scroll is a successful tribute to the traditional elements of the regional style, whereas the highly transparent, oil-spirit varnish which was popular in Italy in the 1960s and 70s is to be seen as one of the more modern characteristics of the instrument. The luminous orange varnish coats the carefully selected tone woods: closely and strikingly flamed maple used for the two-piece back and top-quality spruce with an interesting grain for the top. With its body length of 41.8 cm, this 20th century Italian viola is one of the larger sized instruments of its kind. It came to us in crack-free condition and has been set up and made ready to play at our specialist atelier. We recommend it to demanding musicians who focus on solo performance: it is an outstanding instrument and a solid investment. A certificate of authenticity by Eric Blot, Cremona, is included in the price.

Like all our instruments and bows, this includes our trade-in guarantee. 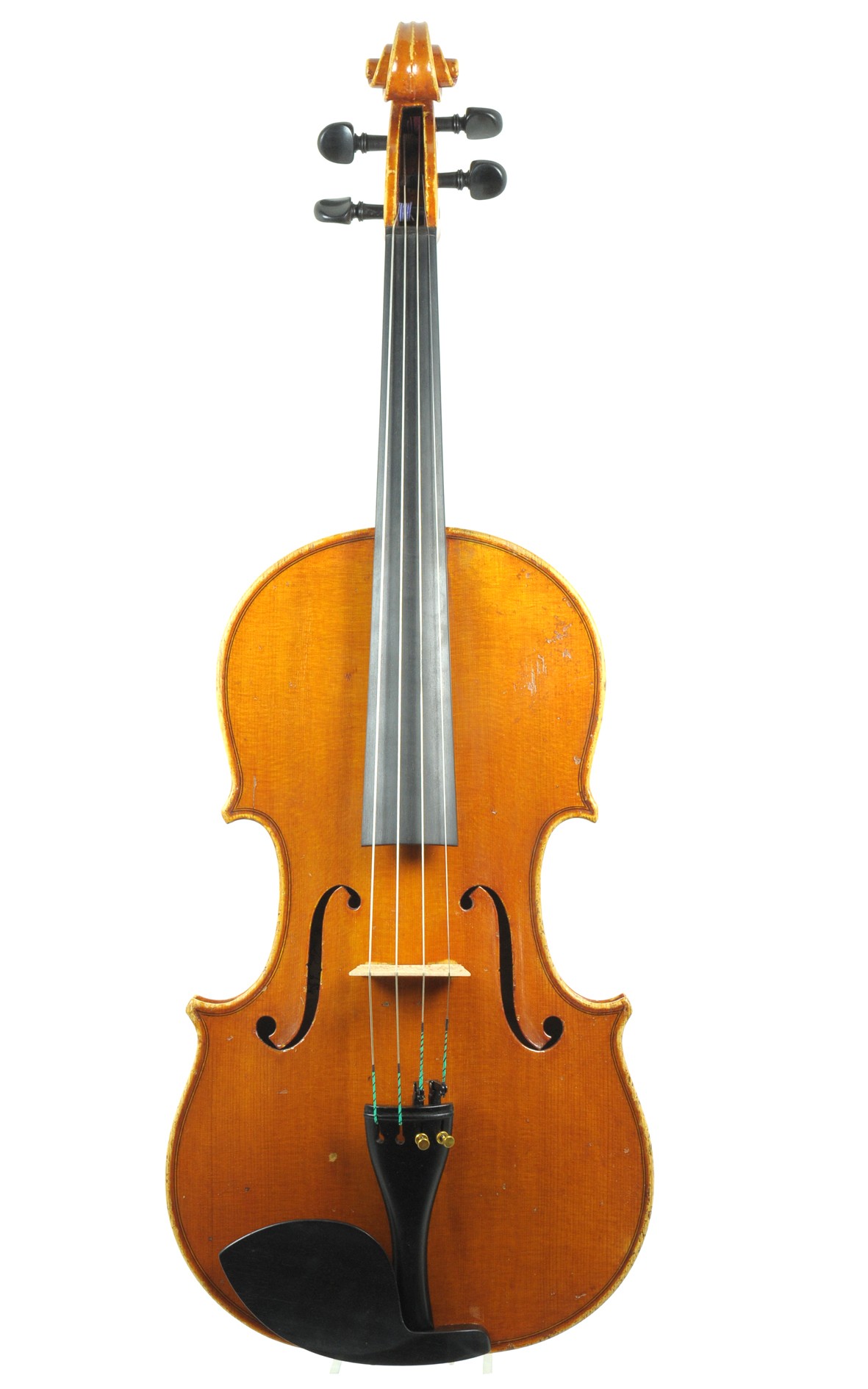