Kept in premium condition, this fine French violin bow is the work of the highly esteeemed French bow maker Charles Louis Bazin. Charles Louis Bazin, also called Louis Bazin, crafted it around 1930, well after his father and teacher Charles Nicolas Bazin died in 1915. The latter had transferred his atelier in Mirecourt to his youngest son in 1907, and Charles Louis Bazin proved to be a worthy successor who guided the Bazin family business to the zenith of its success. Despite all of the creative individualism Charles Louis Bazin developed over the course of the years, he still remained true to the quality standards his family upheld. Consequently, to this day Louis Bazin's bows rank amongst the most sought-after pieces for professional musicians due to their outstanding musical and aesthetic characteristics. This Louis Bazin violin bow is a delight with its large, sophisticated and warm and mellow sound and its comfortable playing properties. The medium to soft reddish-brown pernambuco stick measures 74.5 cm and has a round profile. The centrally positioned balance point of the 58.5 g violin bow is measured at 26.4 cm of the total length, meaning that the bow lies comfortably in the hand with a centered balance point. The work of a masterfully trained and experienced craftsman can be seen in both the striking elegance of the head as well as the nickel-mounted ebony frog with its delicate ferrule, Parisian eye and capsule button. A certificate by Jean-François Raffin  confirms the provenance of this outstanding violin bow, which it is in excellent condition. It has hardly any traces of use, with only an inconsequential repair on the left underside of the frog. We warmly recommend this bow, which is now ready to play after having been carefully set up by the luthiers at our atelier. The price includes the certificate by Jean-François Raffin and our general trade-in option. This Louis Bazin violin bow is a soft player that produces a mellow, bright tone and works best with sharp or brilliant sounding violins. 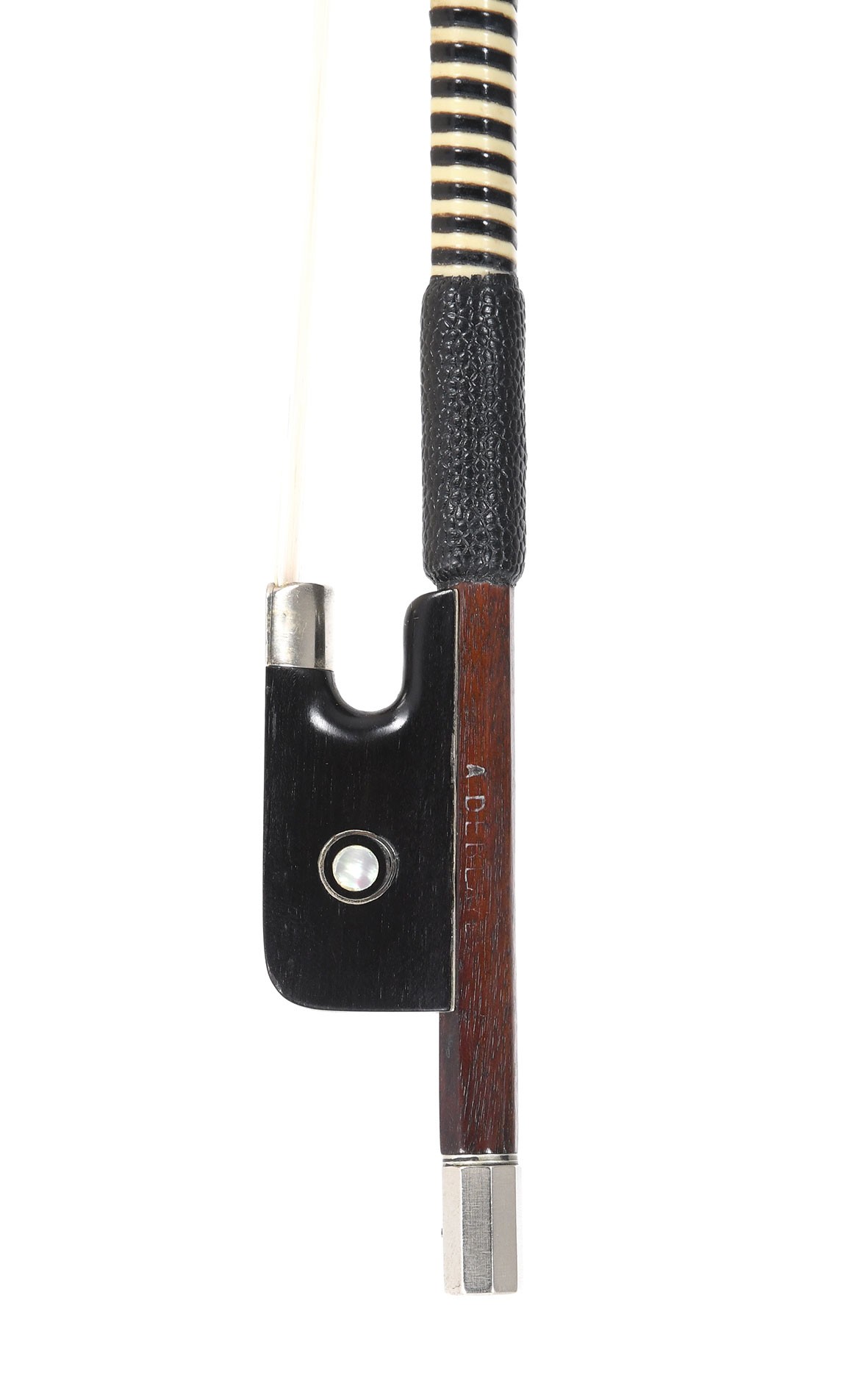