This highyl recommendable French violin bow by Roger Lotte features robust strength as well as finely nuanced playing properties, thanks to the masterfully crafted stick with perfectly balanced weight and high tension and elasticity. The son of the highly regarded Mirecourt bow maker François Lotte made this bow around 1960, and it is one of the earlier works of a talented master after the transfer of François Lottes atelier to his son Roger. François Lotte already had close family ties to the elite figures in the community of contemporary French luthiers and archetiers, since he was the brother-in-law of the great Émile Auguste Ouchard and the son of the former Vuillaume employee Georges Lotte. He himself probably completed his training under Bazin, in whose atelier he worked until moving on to Cuniot-Hury; later, as an independent master, François Lotte also completed commissions for Roger and Max Millant as well as Marcel Vatelot. This fine bow, which has been kept in mint condition, is an excellent example of the consistently high standard at which the Lottes worked. Roger Lotte used reddish-brown pernambuco to fashion a powerful round stick and gave it a good weight of 59.5 g; thanks to a balance point that feels central at its position of 27.0 cm of the total length of 74.1 cm, it creates the best conditions for professional performance. The top-tier fittings, a silver-mounted ebony frog and a three-part adjuster, complement the classically restrained French style. It has now been thoroughly set up at our atelier for restoration, and we warmly recommend its persuasive and typically French sound: crisp, powerful and well-balanced.

Order a certificate of appraisal with this violin bow, the certificate option is available in the shopping cart. 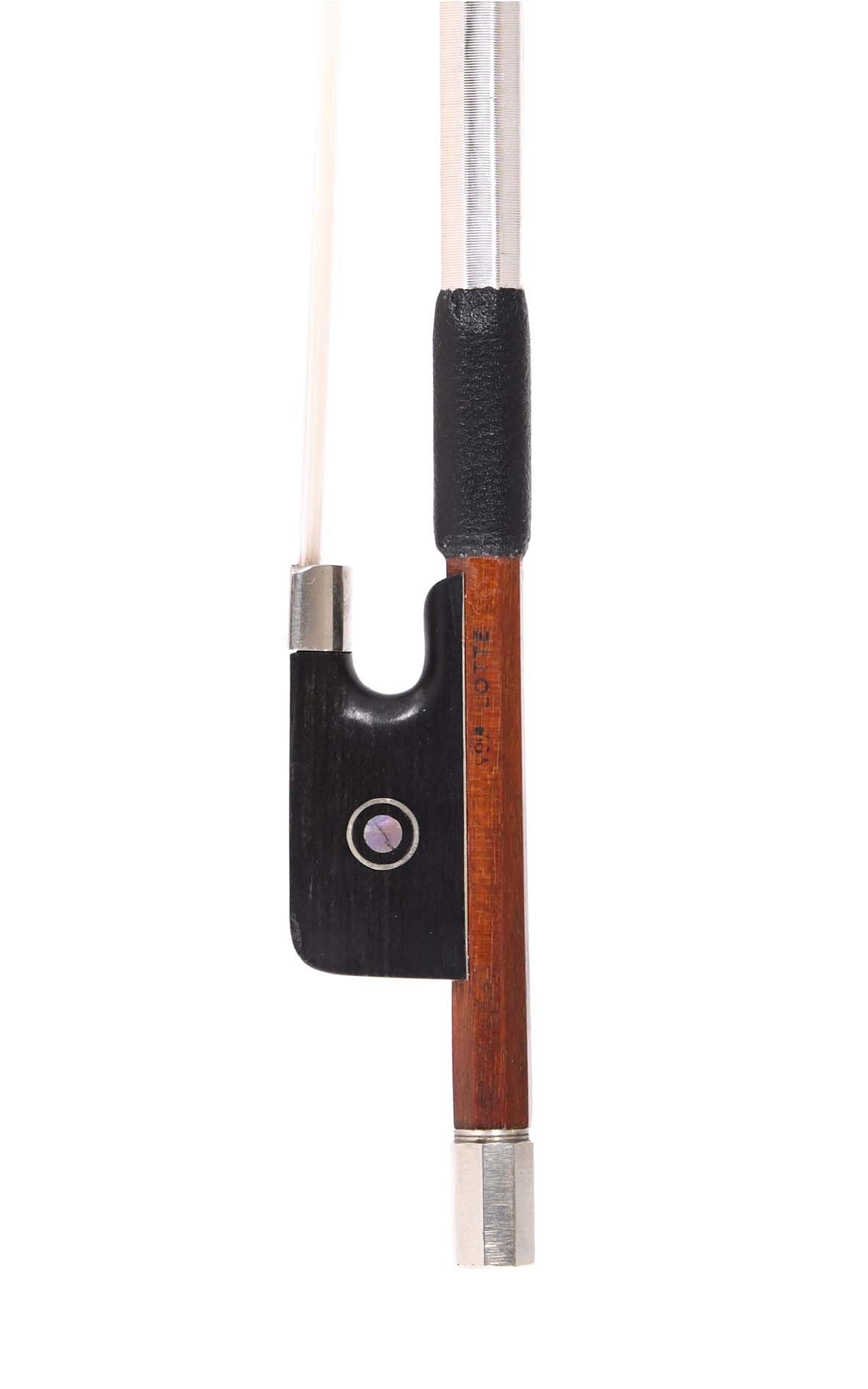