With this top-tier contemporary master violin, elite maker Christoph Götting (born in 1948) not only created a masterpiece in contemporary violin making, he also paid special tribute to a historical piece by the great Cremonese

With this top-tier contemporary master violin, elite maker Christoph Götting (born in 1948) not only created a masterpiece in contemporary violin making, he also paid special tribute to a historical piece by the great Cremonese Antonio Stradivari. He chose well in doing so: the Gibson Stradivari, which was also known as the Huberman Stradivari, inspired the contours of this Christoph Götting instrument, but above and beyond that, the Wiesbaden native himself is inextricably linked to the fascinating recent history of his creation’s predecessor. It is a story worthy of a movie, and Götting personally played a large part in the drama of its rediscovery. Made in 1713, this violin is now the property of none other than Joshua Bell, but before that its whereabouts were unknown for a half-century. It was stolen from New York’s Carnegie Hall in 1936, and a largely unsuccessful violinist played the unrecognised Stradivari in churches, bars and third-rate concert halls until his death in 1985. His widow brought the exceptional instrument back into the light of public attention, which ultimately allowed it to be restored by Christoph Götting at the London atelier of Charles Beare. Receiving this commission was one of the highlights of Götting’s career, and yet it was by no means his sole contact to the finest works of the golden age of violin making. In the course of over two decades of work at Beare’s and as a self-employed luthier in Michelmersh, Hampshire, the luthier dedicated a great deal of his time to studying old Italian varnishes. This contemporary master violin’s delicate varnish features a wonderful texture, great transparency and radiance – the magnificent fruit of his labour. As was the case with the Huberman Stradivari, the back of this violin was crafted from two pieces of premium-quality maple with broad flames which run from the joint towards the top. The violin was one of the last instruments Götting handled in his English workshop, and it was varnished and completed in his new Wiesbaden atelier in 2013. It is a mature reflection of his art and profound knowledge of historic Italian violin making. The full, resonant sound of this contemporary master violin combines a melting tone and a golden note with radiant size – a voice which will appeal to professional soloists with the highest standards. With its rapid response, it opens up broad opportunities for artistic interpretation.

Take a look at our attractive selection of our available, old and contemporary violins for sale with audio sound samples. 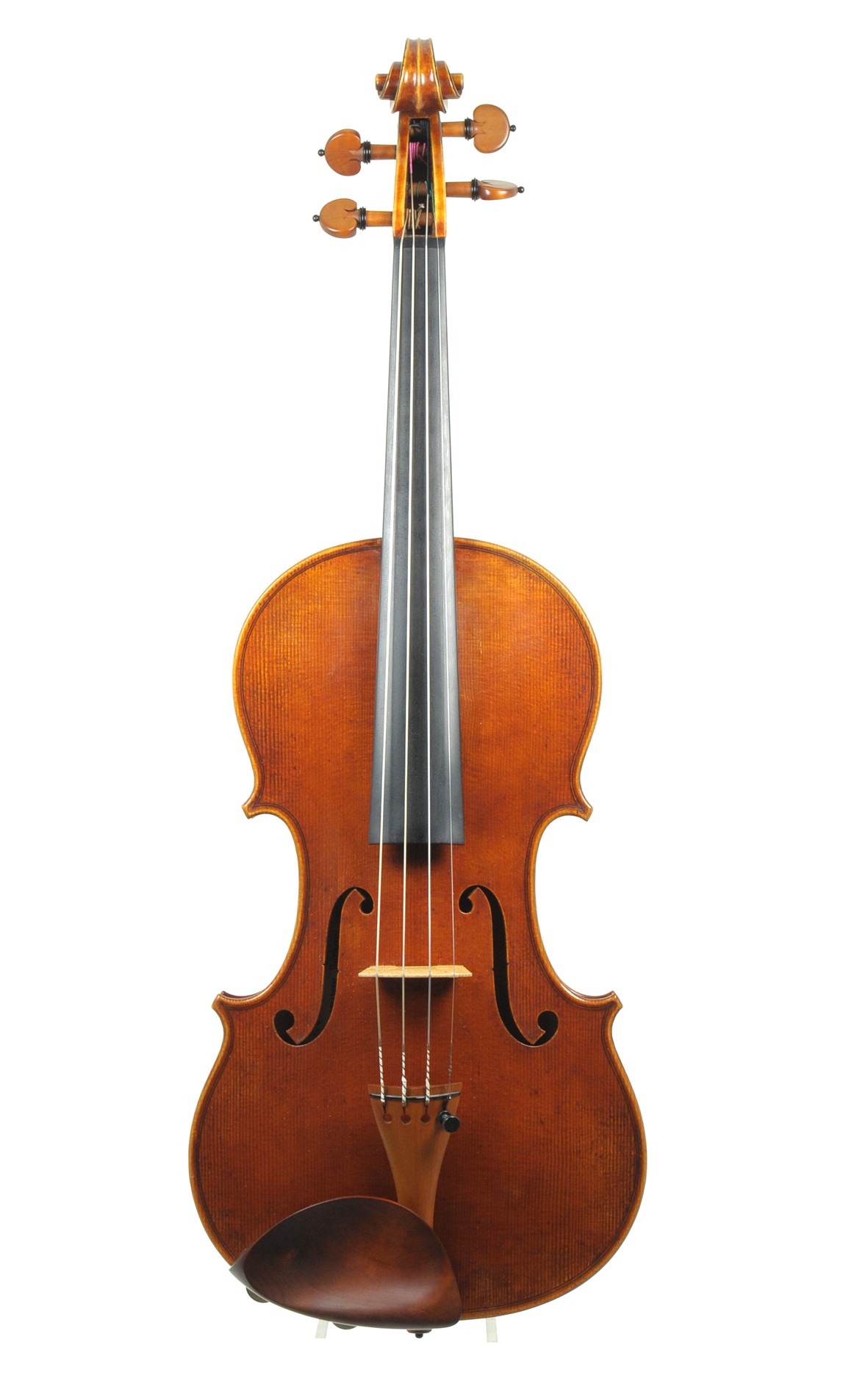