Dating back to the early 19th century around 1810-1820, this historic Hopf violin is typical of its time and has an exceptional sound; it was most likely made by David Christian Hopf Sr.. The striking model was inspired by Caspar Hopf (1650-1711), the celebrated master who had...

Dating back to the early 19th century around 1810-1820, this historic Hopf violin is typical of its time and has an exceptional sound; it was most likely made by David Christian Hopf Sr.. The striking model was inspired by Caspar Hopf (1650-1711), the celebrated master who had helped define violin making in the Vogtland region, and his influence comes into full fruition in the style expressed by later generations around 1800, as this David Christian Hopf Sr. violin perfectly articulates. Unmistakable and eye-catching characteristics of the Hopf model include the slightly "square" shoulders of the upper bout, the proportions of the corpus and the famous Hopf stamp below the button, all of which are seen here; furthermore, the choice of tone woods and the varnish set additional accents which are typical for the fourth and fifth generation of the Hopf family. These aspects can be attributed largely to David Christian Hopf Sr., who often found little regard in older documents, and he himself was often confused with his son of the same name or even with other members of the Hopf family, in part because of the widespread lack of written sources. In the meantime, however, it has become clear that David Christian Sr. was an brilliant master himself. Even as a young man, he led the luthiers’ guild in Klingenthal, and he had a lasting impact on his craft, in no small part because of the many journeymen he trained. This David Christian Hopf Sr. violin is a faithful interpretatoin of the family model that is probably the father’s work, and it is defined by is equally perfect craftsman quality and extraordinary acoustic properties. The moderately-grained spruce of the top and the tight flames of the one-piece maple back immediately indicate that this instrument was created by a well-established and mature master who had both a wide selection of typical regional tone woods as well as excellent training and copious experience. The masterfully crafted scroll is a later addition. The neck was lengthened at its base many years later to bring the instrument up to a modern mensure – a modification which testifies to how much previous owners appreciated it. The violin is in outstanding condition and free of cracks, as we saw for ourselves in the process of meticulously setting it up; and its large voice creates fascinating access to the world of earlier instruments from the Vogtland region. Featuring a sound that is unparalleled in the early 19th-century history of German instruments, this David Christian Hopf Sr. will also satisfy the demands of contemporary musicians who will be able to work with its timbre-rich and mature voice to perform nuanced interpretations. The large volume in the deeper registers is matched by a charming clarity and gentle sweetness in its higher registers, merging to form a voice that is full of character and has an incredible ability to modulate. This fine historic David Christian Hopf Sr. masterpiece is a violin we warmly recommend to advanced or professional musicians. 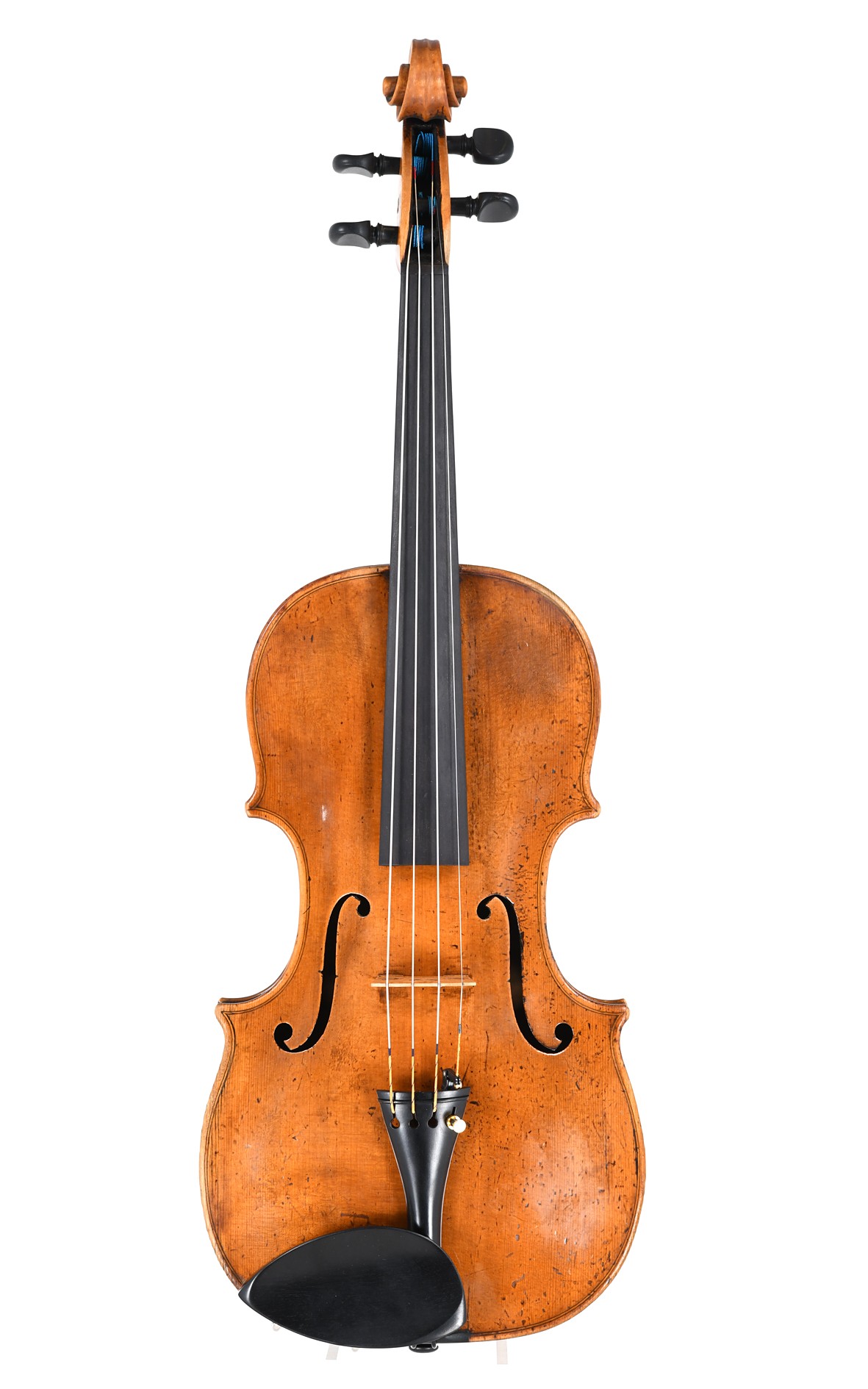