In the 19th century, the master luthiers of the Chanot family from Mirecourt brought a strong French influence to violinmaking in England. They not only imported top-quality...

In the 19th century, the master luthiers of the Chanot family from Mirecourt brought a strong French influence to violinmaking in England. They not only imported top-quality instruments, they also established studios that became a family tradition which encompassed several generations. The roots of the Chanots' violinmaking history dated back to the early days of Jean-Baptiste Vuillaume, who worked with François Chanot, the first major luthier in the family, and physicist Félix Savart; together the men conducted scientific experiments to improve the art of violinmaking. Their work bore fruit which benefited later generations of Chanots and served as the foundation for the consistently high standard of their work. This fine violin, which bears the label "Instrument No. 79," was made in 1896 by George Adolphe Chanot, a member of the second generation of English Chanots. Rather than manage his father's atelier in London, he chose instead to move to Manchester in 1879. There he quickly established an outstanding reputation for himself, as many gold medals won at British exhibitions confirm. This particular violin is patterned after Antonio Stradivari and was made at the zenith of George Adophe Chanot's career. The instrument expresses a self-confident and unmistakably French aesthetic with its flat table, fine tone woods, the tastefully carved and typically French scroll and elegantly darkened edges. As the work of a master who was extraordinarily experienced, this piece is compelling with its large, precise and radiant sound which gives professional musicians a broad range of musical options and a perfect response. Excellent older instruments have often been heavily used because of their musical qualities and thus feature minor repairs. The same is true of this violin: here the button and a spot on the top have been professionally and competently restored. Our knowledgeable restoration specialists spared no expense in setting up this violin by hand, and we now offer it to you in outstanding condition and ready to play. Its provenance is clearly documented by a hand-written numbered and dated original label by G. A. Chanot as well as other signatures added in ink under the varnish. A certificate by the renowned London-based experts at W. E. Hill & Sons, who added the number Y334 on the fingerboard, further confirms its history. 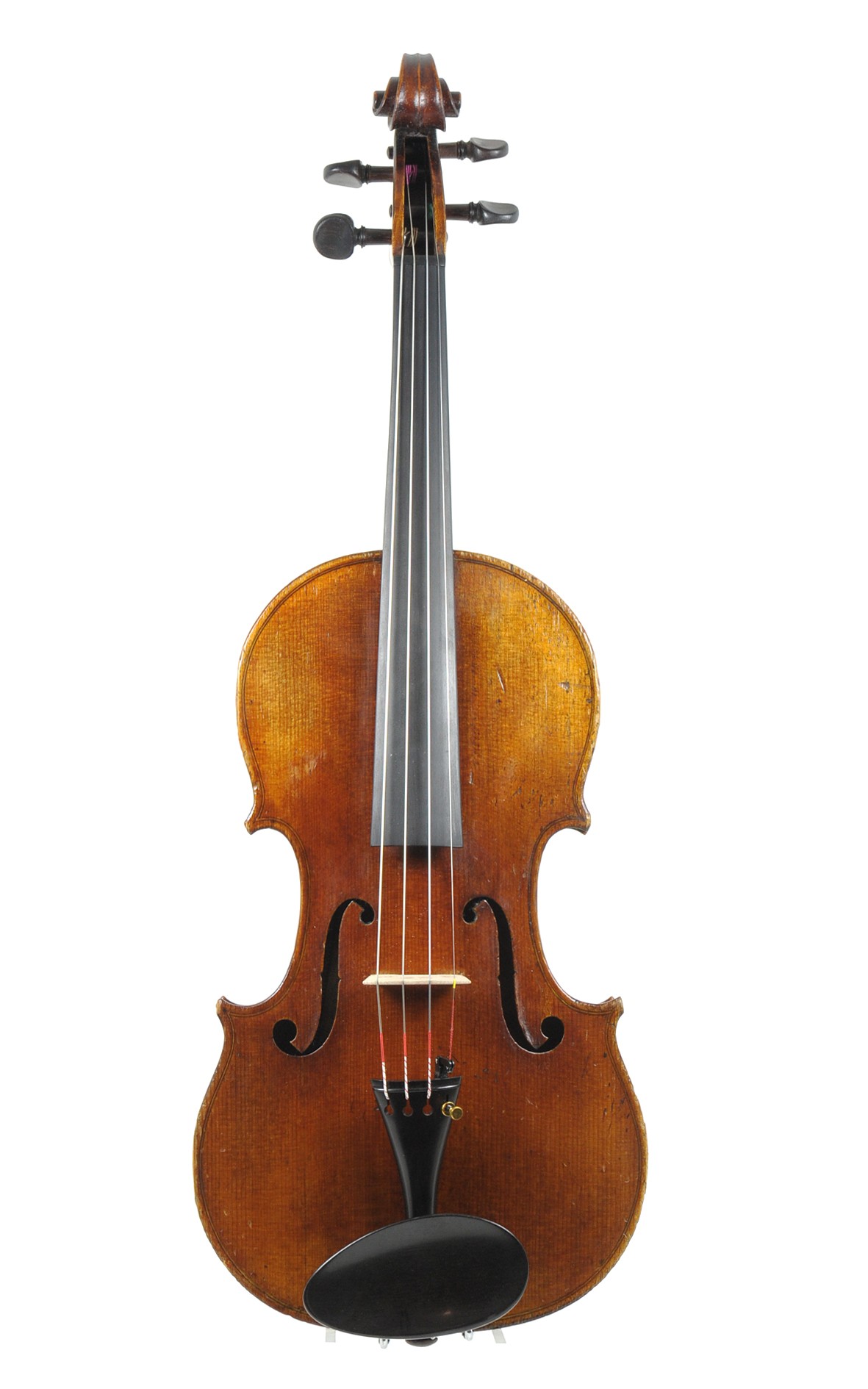