This French violin by Lucien André Ragot is the aesthetically pleasing and magnificent-sounding work of a relatively unknown luthier who trained in the finest workshops in Mirecourt and won numerous awards for his work beginning in the 1930s.

This French violin by Lucien André Ragot is the aesthetically pleasing and magnificent-sounding work of a relatively unknown luthier who trained in the finest workshops in Mirecourt and won numerous awards for his work beginning in the 1930s.

Crafted around 1940-1950, this violin represents Lucien André Ragot’s mature and distinctive Guarneri model and manifests his intense studies of the famous classically Italian template – whilst also acknowledging his roots in the Mirecourt workshops of Mougenot, Jacquet, Gand and Jacquemin, where he learned the modern art of French violin making at its highest standards. The 1930 first-place medal as France’s finest artisan, a silver medal in Brussels in 1931, a diploma in Den Haag in 1949 and the Grand Prix of the Paris exhibition all reflect the esteem which Lucien André Ragot enjoyed far beyond the boundaries of Céret, the city in the eastern Pyrénées where he made his home. Finely to moderately grained spruce for the top and strikingly flamed maple for the two-piece back, ribs and scroll all show at a glance that Ragot had access to outstanding tone woods in this region and was able to apply his refined sensitivities for aesthetic and acoustic quality as he chose them. A transparent glistening golden-yellow varnish highlights the appealing appearance of this Lucien André Ragot violin, and its authentic historic character can be seen in a few traces of use left behind by previous generations of good musicians. “L. A. Ragot“ appears on the button and the inside of the body as a brandmark confirming the provenence of this excellent instrument, which was kept in top condition. A minor repair was made to the top under the chin rest, and the specialists at our workshop for restoration have carefully set up the violin and made it ready to play. Its powerful, full sound with radiance in the lower registers is worthy of the historical source which inspired it, and demanding musicians will find in this violin a broad palette of options for interpreting violin literature of every epoch. 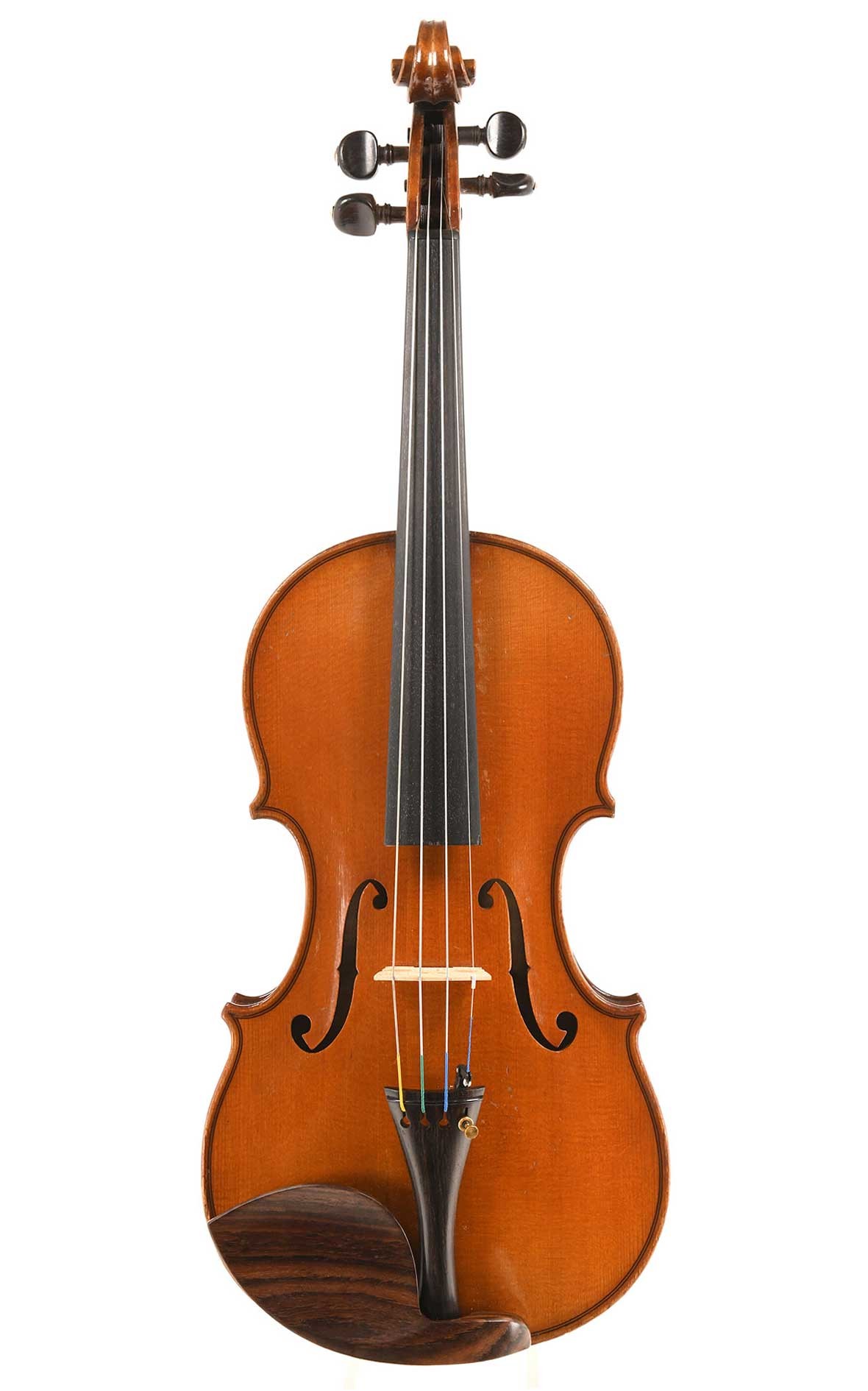