James Tubbs: the turbulent life of the great bow maker and master of the English school

English bow maker James Tubbs (1835-1921) is seen as the only European master bow makers who was able to create an independent tradition that could hold its own against the great French tradition of the 19th century. James Tubbs was the greatest member of a family with a five-generation history of bow making, and at the same time, James Tubbs, sometimes dubbed the “English Tourte”, was also the embodiment of the English school alongside his legendary predecessor John Dodd.

James Tubbs was born in London on 25 March 1835, the eldest of eleven children in a poor family that had eked out a meagre living for two generations with its bow making. James grew up in a part of town that inspired Charles Dickens' depictions of poverty in Oliver Twist. He learned the trade of making bows from his father, William Tubbs, Jr. (1814-1878) and was probably either unemployed or a day labourer when he began working for W. E. Hill & Sons around 1858. The bows of the talented young master quickly won important awards for the highly esteemed company. 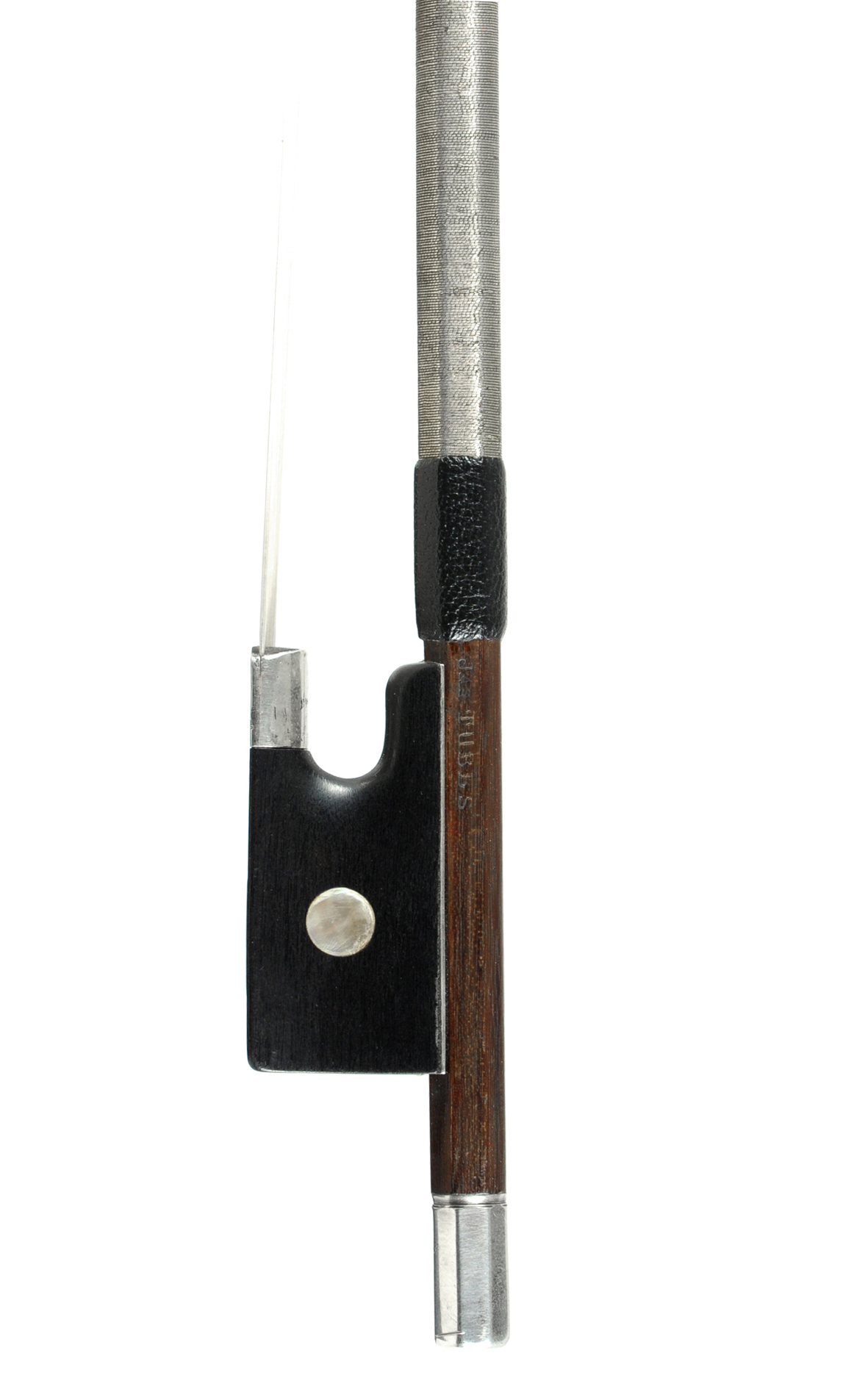 James Tubbs and the Hill bow

Tubbs worked for the Hills but in an atelier of his own, and it can be assumed that he was not their employee; instead, he had a tenuous arrangement in which the Hills provided him work. This may explain the minor scandal which James Tubbs caused in his later years: decades after working for the Hills, he managed to acquire some of the Hill bows he had created then and marked them his own seal.

Despite the difficult circumstances of his early career, James Tubbs successes allowed him to move to new addresses in London until he ultimately set up his workshop in Wardour Street No. 94 in the 1870s. Immediately before this last move, he had finally begun working for himself; he developed his own bow model that did not deny its debt to Tourte but was still a stand-alone achievement in the history of European bow making.

Tubbs celebrated his greatest accomplishments in the 1880s, when he built bows for famous musicians such as August Wilhelmj and was appointed the court bow maker for the Duke of Edinburgh. In the 1890s, he continued to refine the design of his bow by integrating the mathematic findings of W. S. B. Woolhouse, who – much like Vuillaume's studies on Tourte – recommended applying a logarithmic to the stick. On his birthdays, James Tubbs crafted especially elaborate, gold- and silver-mounted bows with artistic engravings and inlays; between 1876 and 1910, similar pieces were presented as prizes to the best students at the London Guildhall School and the Royal Academy of Music.

In 1891, his then 28-year-old son Alfred joined the company, which was subsequently renamed James Tubbs and Son. Around the turn of the century, Tubbs senior retired to Ashford near Staines, leaving the family business to Alfred and working on only the occasional bow. After Alfred's sudden death on 3 November 1911, James Tubbs returned to his atelier for a few years; one reason for resuming work was to help support his daughter-in-law, who in turn took care of the ageing master until his death in 1921.

W.E. Hill & Sons: on the Mt. Parnassus of the art of violin making