This fine violin crafted in 2008 by Marcus Klimke, which is nearly ten years old, hails from the hands of one of the most interesting luthiers of our day. It is an instrument which will rank among the elite, well past the current generation. Marcus...

This fine violin crafted in 2008 by Marcus Klimke, which is nearly ten years old, hails from the hands of one of the most interesting luthiers of our day. It is an instrument which will rank among the elite, well past the current generation. Marcus Klimke, who was born in Weimar, Germany, made this fine violin in the French town of Angers, where he paved the way to his first great successes as a young employee of Patrick Robin and Andrea Frandsen. After completing his senior project at the Mittenwald school of violin making in 1994, he won a prize for sound at the international violin-making competition of the Violin Society of America (VSA). Around the turn of the century, he received several highly-regarded awards for his violas: a gold medal at the international violin-making competition in Cremona in October 2000, immediately followed one month later by the highest honors at the VSA’s violin-making competition; Klimke was then awarded a bronze for his viola at the Mittenwald violin making competition in 2001 and continued his remarkable streak of successes by winning in Paris in 2004 and 2011, thus solidly documenting Marcus Klimke’s expertise and spirited interest in creating outstanding violas. Indeed, he brings far more to his work than merely a peripheral artistic interest: the outstanding tonal properties, exceptional artisanal quality and tasteful aesthetics of this Marcus Klimke violin set standards in modern violin making. Based on a template of a Stradivari-inspired model, this extremely attractive Marcus Klimke instrument has expressive carved sound holes and a pleasantly narrow neck. The striking grain of the Northern Italian spruce top and beautiful flames of the two-piece back crafted from premium maple speak a self-confident language, and the dynamic craftsmanship of Marcus Klimke’s scroll reflects how much he focuses on honing each individual detail. From the time the violin was first made, it was played intensively by its first owner; during this period only a very few traces of use were left on the varnish, but its warm sweet sound ripened and came into its full fruition. It has been set up masterfully recently by Marcus Klimke, and the resonant, balanced fullness of its voice will compel musicians with the highest standards. The price includes a certificate of authenticity by Marcus Klimke that can be viewed with a click on the certificate button at the bottom of this page. 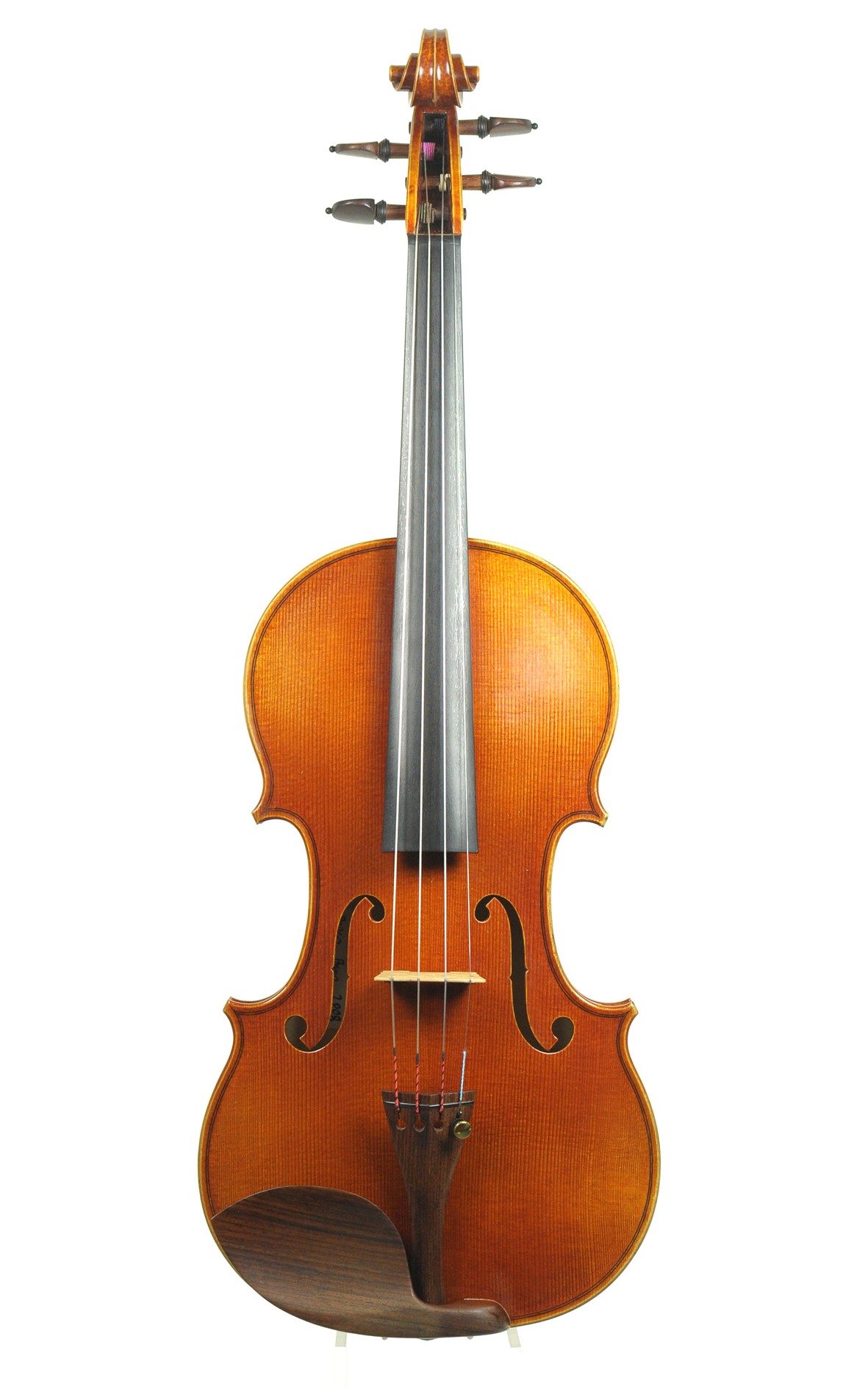