The masterpieces of the great violin maker Pierre Jean Henry Hel (1884-1937) are guiding lights in the cosmos of modern music and instrument history. Following in the highly honourable footsteps of his father, Pierre Joseph...

The masterpieces of the great violin maker Pierre Jean Henry Hel (1884-1937) are guiding lights in the cosmos of modern music and instrument history. Following in the highly honourable footsteps of his father, Pierre Joseph Hel (1842-1902), Pierre Hel fils created perfectly crafted works which rank amongst the top tier of French violin making. The contemporaries of the father and the son respected the quality of their work, which won top awards at international exhibitions and trade fairs. Pierre Hel and his father Joseph both crafted violins for the most prominent violinists of their day — Eugène Ysaÿe (1858-1931), George Enescu (1881-1955) and William Primrose (1904-1982) as well as jazz violinist Stéphane Grappelli (1908-1997) all played Hel instruments. Given the great popularity of Hel violins, it is an exceptionally rare and exciting bit of serendipity to come across a piece such as this instrument, which looks as if it came straight from the master's hands in perfectly preserved and almost new condition. It features the original bridge with the stamp “P. HEL A LILLE” and even the original sound post, still unmoved from where it was first positioned. It appears that the violin was only played for a few years and then – for inexplicable reasons – slumbered for around 100 years. A find like this is so rare that we deliberately chose to do absolutely nothing to this one-of-a-kind instrument; we also left the slight patina on the thickly applied deep dark-red oil varnish untouched. Playing this violin transports you directly into a key phase of Pierre Hel's life and work, since it was crafted in 1903, the first year after the death of his father, Joseph. A top-quality Stradivari replica full of personality, it is a typical instrument of its time. It hails from a period in which the young master closely followed classical models as he honed his own skills. The outstanding sound of this outstanding master violin is a living witness to the mastery of the younger Pierre Hel; its voice is sophisticated and mature in its fullness and clarity. It is offered with a certificate of Bernard Millant, Paris. 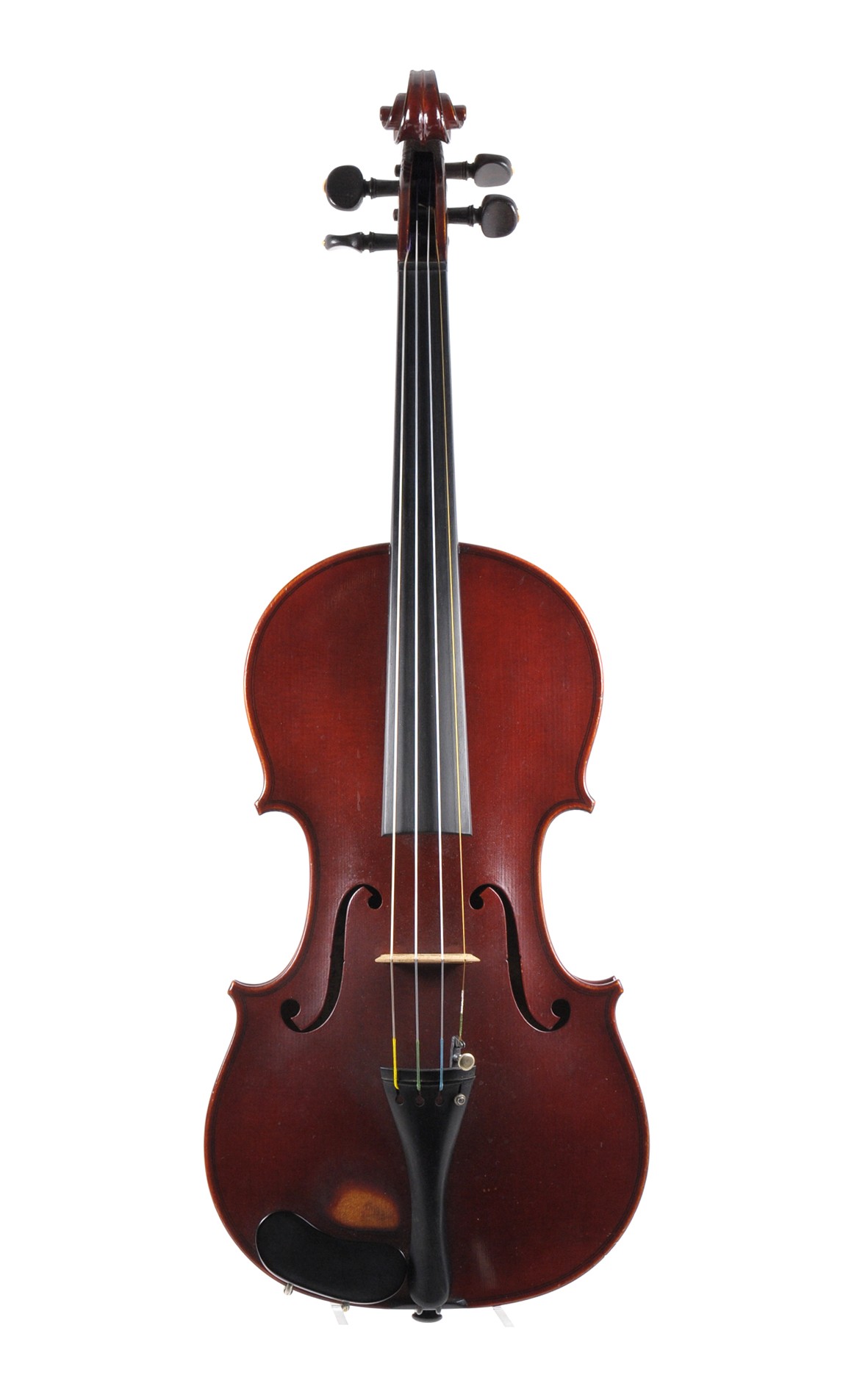