This magnificent Pierre Joseph Hel violin is one of the final pieces created by this renowned French luthier; he completed it in 1901 in Lille before his premature death in 1902. Pierre Joseph Hel was one of the most important and influential contemporaries of Jean-Baptiste Vuillaume – his early patron –  and this instrument’s expressive mature aesthetic and its premium musical qualities reveal the master’s art once again. Despite his link to Vuillaume, Joseph Hel belongs to the other great tradition of French 19th century violin making which traces back to Nicolas Lupot, yet he also integrated his own extremely innovative approach to the historic templates of the classic Cremonese school whilst enjoying experimentation. This approach was intended to produce instruments of the highest musical and aesthetic quality, and the violin offered here fulfils that standard. Joseph Hel marked it as an authentic master instrument with his original label and several handwritten signatures inside the body. The rather delicate grain of the spruce top is a charming contrast to the intense deep flames of the two-piece maple back – an optical interplay that highlights the outstanding quality of these tone woods, which were chosen with the utmost of care and experience, and that manifests its full beauty in the dark-red oil varnish with its enigmatic transparency and elegant crackle. Expressive carving in the scroll further reinforces this fine Joseph Hel violin’s status and gives it an air of healthy self-confidence. Our luthiers painstakingly set up this exceptional instrument, that is preserved with minor restoration in very good condition. A certificate issued by the internationally esteemed expert Hieronymus Köstler from Stuttgart, Germany, confirms the violin’s provenance as a historic piece by Pierre Joseph Hel – a fine violin that is both a solid investment and a magnificent instrument for the highest musical criteria. Its mature, sophisticated sound features a mature character that is singing in the higher ranges. 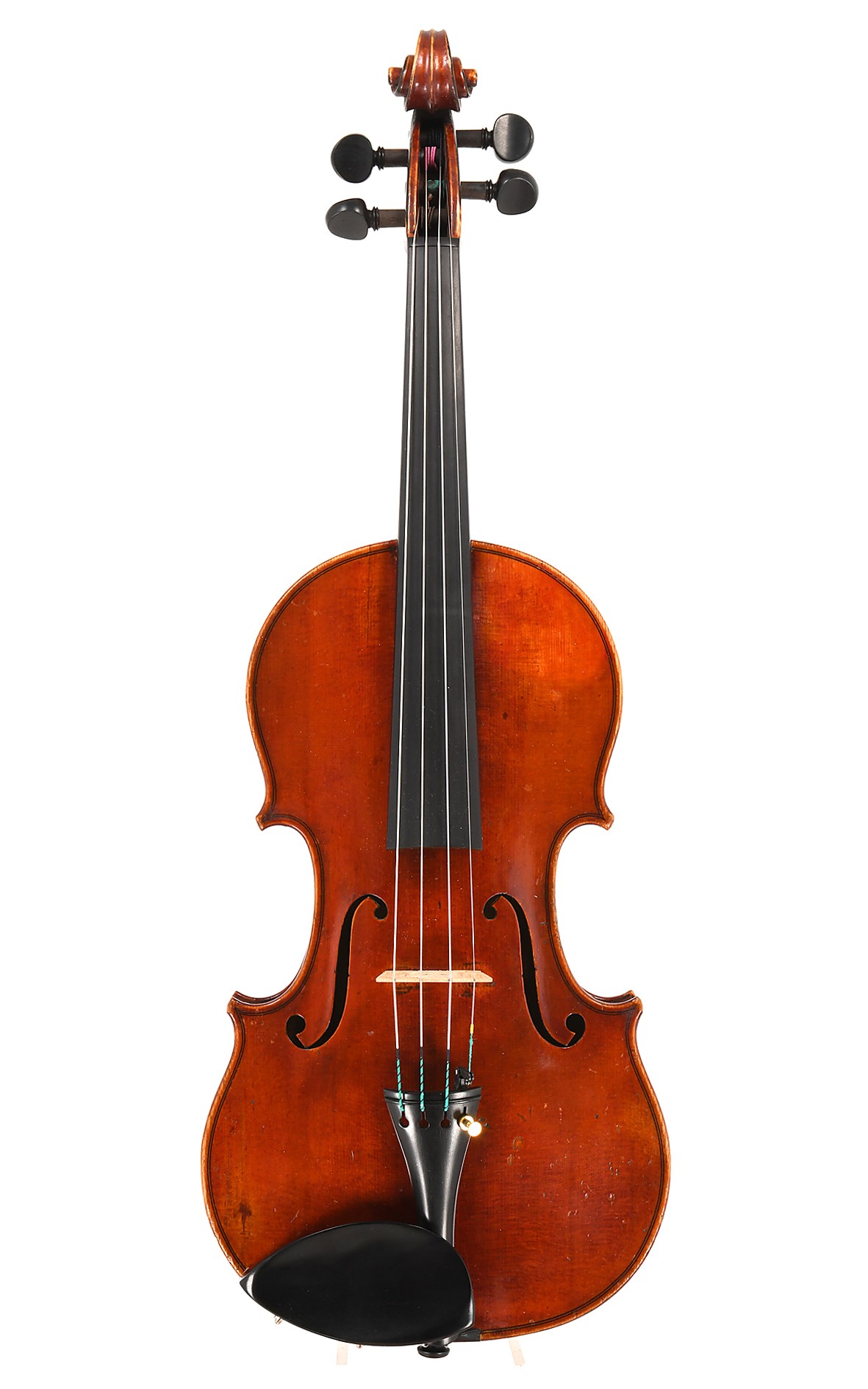