Ernst Heinrich Roth (1877–1948) has ranked among the best internationally known names in German violin making for over 100 years. The roots of today's Bubenreuth-based Ernst Heinrich Roth workshop lead back to the Vogtland violin-making town Markneukirchen – and to a master of the art whose major successes paradoxically led him to be profoundly underestimated. 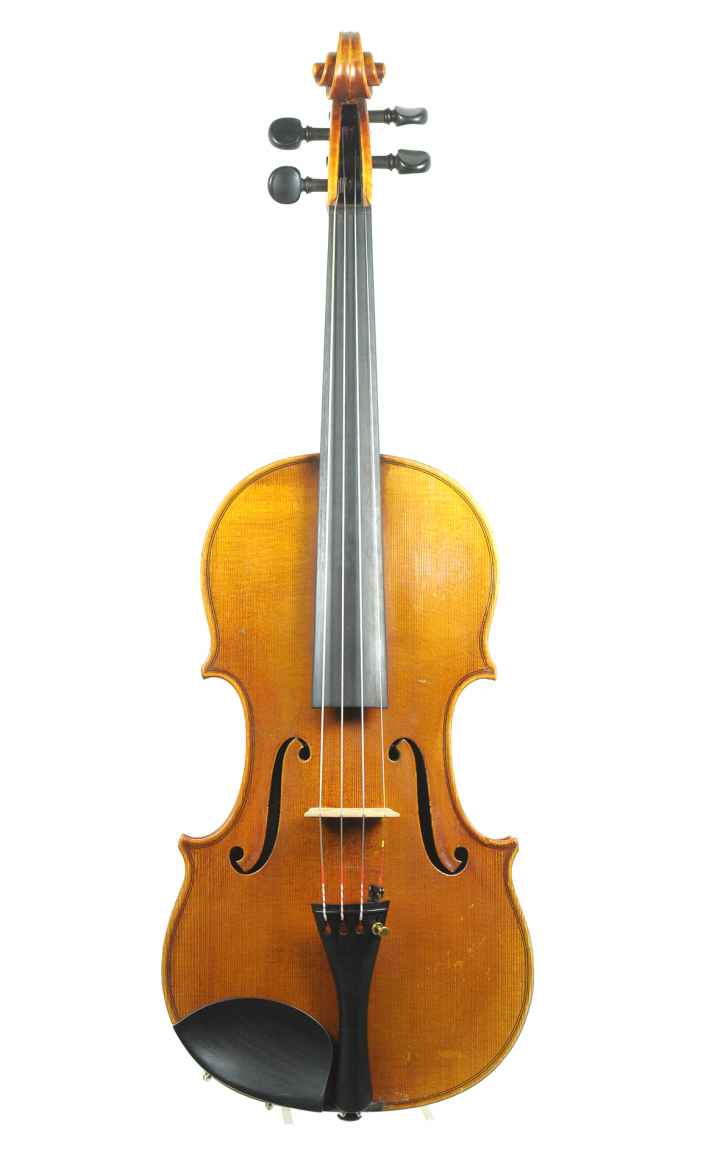 The apprenticeship and journeyman years of the young Ernst Heinrich Roth

Ernst Heinrich Roth, born in 1877, had the ideal prerequisites for attaining musical greatness. As talented musician who played several instruments and had perfect pitch, he began his career by completing his training in the atelier founded by his father, Gustav Robert Roth, in 1873. Ernst Heinrich then studied under violin makers in Austria, Hungary, Russia and France and later returned to his home country with extensive knowledge of the art. His skill and musical training helped Ernst Heinrich Roth become one of the finest craftsmen of the 20th century – and one of the most successful entrepreneurs in the field.

Ernst Heinrich Roth violins were mostly patterned after works by Stradivari or Guarneri. Roth's Amati violins are more rare, his copies demonstrated aesthetic perfection and produced ideal sounds. The violin tops were made of fine-grained Italian spruce, and the backs were of deeply flamed maple, often as a single piece. His master violins of the 1920s and early 1930s shared these defining characteristics of violin material quality. Ernst Heinrich Roth's violin also shared an oil-based varnish, usually of reddish-brown colour on a golden background, and featured masterful craftsmanship applied with meticulous care. Despite the quality of his work, the exceptional value of Ernst Heinrich Roth's master violins was long overshadowed by the major sales successes of his workshop, which Ernst Heinrich jointly founded with his cousin Gustav August Ficker in 1902.

Family traditions in the footsteps of Ernst Heinrich Roth

The Erns Heinrich Roth workshop quickly gained a foothold on the international market thanks to the broad range of quality and prices they offered. Ernst Heinrich Roth's son Ernst Heinrich Roth II emigrated to the US in 1921 and became one of the leading instrument dealers in North America with his company, Scherl & Roth. His brother Gustav Albert Roth stayed in Germany, learned the art of violin making and took over the family business after their father died in 1948. The family fortune was expropriated in 1953, at which point they left Saxony in East Germany, the GDR, and re-established the business of “Ernst Heinrich Roth” in the Franconian town of Bubenreuth in West Germany. They were quickly able to return to the entrepreneurial successes they enjoyed before the war. Nowadays, a branch office in the Markneukirchen workshop represents the company where it first originated; business is managed by Ernst Heinrich III Roth and his son Wilhelm Roth, who were awarded the German musical instrument prize for their work in 1992 and 2009.

The violin making competition of Cremona

Violin makers from China and Taiwan

Ernst Heinrich Roth violin made in 1981