H. R. Pfretzschner and the French style in German bow making – notes on life and work of a renowned master and successful entrepreneur

The instrument-making trade in Markneukirchen produced some notable historic personalities, and bow maker and entrepreneur Hermann Richard Pfretzschner ranks as a leading figure amongst them. A pioneer of French bow making in Germany, H. R. Pfretzschner created new standards in his craft. His biography tells the story of the unparalleled ascent of a talented young man whose humble background was a small Saxonian atelier. 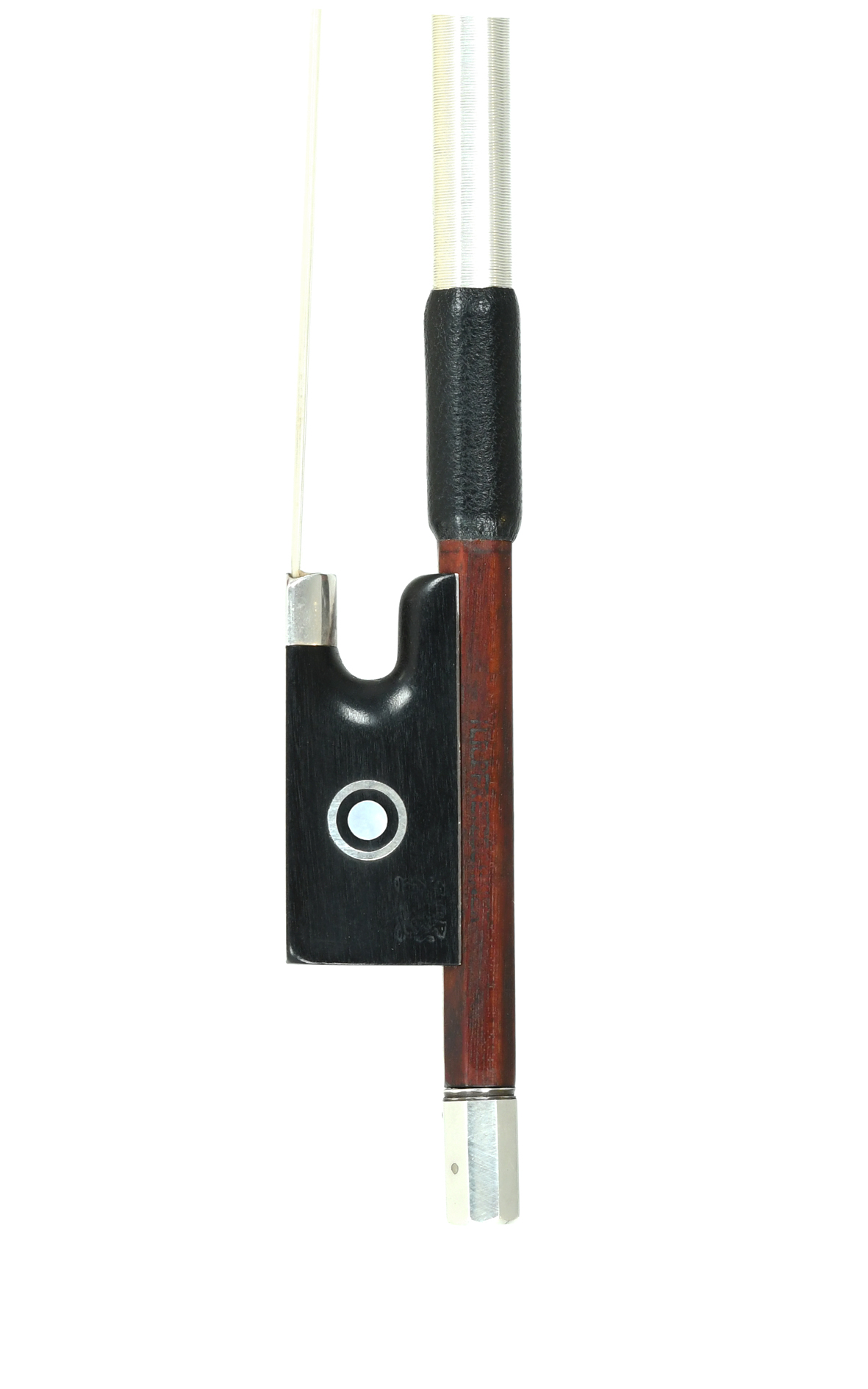 The young Hermann Richard Pfretzschner – training at the family workshop

Hermann Richard Pfretzschner learned the fundamentals of bow making from his father, Carl Richard Pfretzschner. The family workshop was not one of the top names in the Vogtland region, and it specialised in producing simpler pieces. The profit to be earned from selling such bows was as modest as the demands placed on the craftsman who made them. Nevertheless, H. R. Pfretzschner seems to have demonstrated a versatile talent at an early age; his gift was the sort which was witnessed now and again in his tradition-laden and wide-ranging family tree of luthiers and violin merchants. Hermann Richard Pfretzschner was especially accomplished at handling wood, had a good head for business and possessed a gift for music, which let young Pfretzschner grow to become an outstanding violinist.

Equipped as he was with such excellent skills, H. R. Pfretzschner left his home in 1872 to apply for a position working at Jean-Baptiste Vuillaume's atelier in Paris, certainly the most important venue in the field of European violin and bow making of the day. The great French master recognized H. R. Pfretzschner's gifts – much as he had seen the unrefined and untapped talents slumbering in so many other excellent craftsmen before – and made him his employee and his last major student. This critical period lasted only a few years, a time in which the young Saxonian studied French bow making from a master who had greater knowledge of the field's secrets than anyone else. After Vuillaume's death in 1875, H. R. Pfretzschner returned to the family business, eventually establishing his own atelier in 1880.

His work introduced contemporary French bow making to Germany. It took special inspiration from François Nicolas Voirin, perhaps Vuillaume's most important employee who had opened his own studio only two years before H. R. Pfretzschner's arrival in Paris.

Until the turn of the century, Voirin's bows influenced H.R. Pfretzschner's bow making work and up until this period, Pfretzschner chose not to jeopardize his reputation or his entrepreneurial successes by experimenting with daring styles. In 1901, the Royal House of Saxony honoured the master by granting him the title "purveyor to the royal Saxonian court," which the Pfretzschner atelier proudly advertised by featuring the royal Saxonian crest in the frogs of their bows. In 1911 he was also named a purveyor to the court of the Grand Duchy of Saxony-Weimar-Eisenach, and perhaps it was this now official recognition of his skill that convinced H. R. Pfretzschner to expand his range of bow models. From this point on, his bows in the early 20th century were also patterned after other models and sometimes reflected influences derived from English bow making. Hermann Richard Pfretzschner and his employees — including his sons and successors, Hermann and Berthold Pfretzschner — were capable of more than merely reaping the fruits of others' historical labour, however. Their expertise is impressively evident in the artistic bow which H. R. Pfretzschner created at the encouragement of the prominent violinist Prof. August Wilhelmj. This bow can be seen as an expression of his wide-ranging experience as a craftsman and musician, and thus it is rightfully considered the most personal part of his artistic heritage.

In 1914 H. R. Pfretzschner stepped down as the head of his atelier, leaving his sons a well-operated business. The turbulent history of the 20th century left its mark on the Pfretzschners' atelier, but today, the company is back in family hands after an intermezzo as a part of the East German companies PGH Sinfonia and VEB Musima. Once again, the company bears the founder's seal "H R PFRETZSCHNER“ as well as the royal Saxonian crest with justifiable pride.