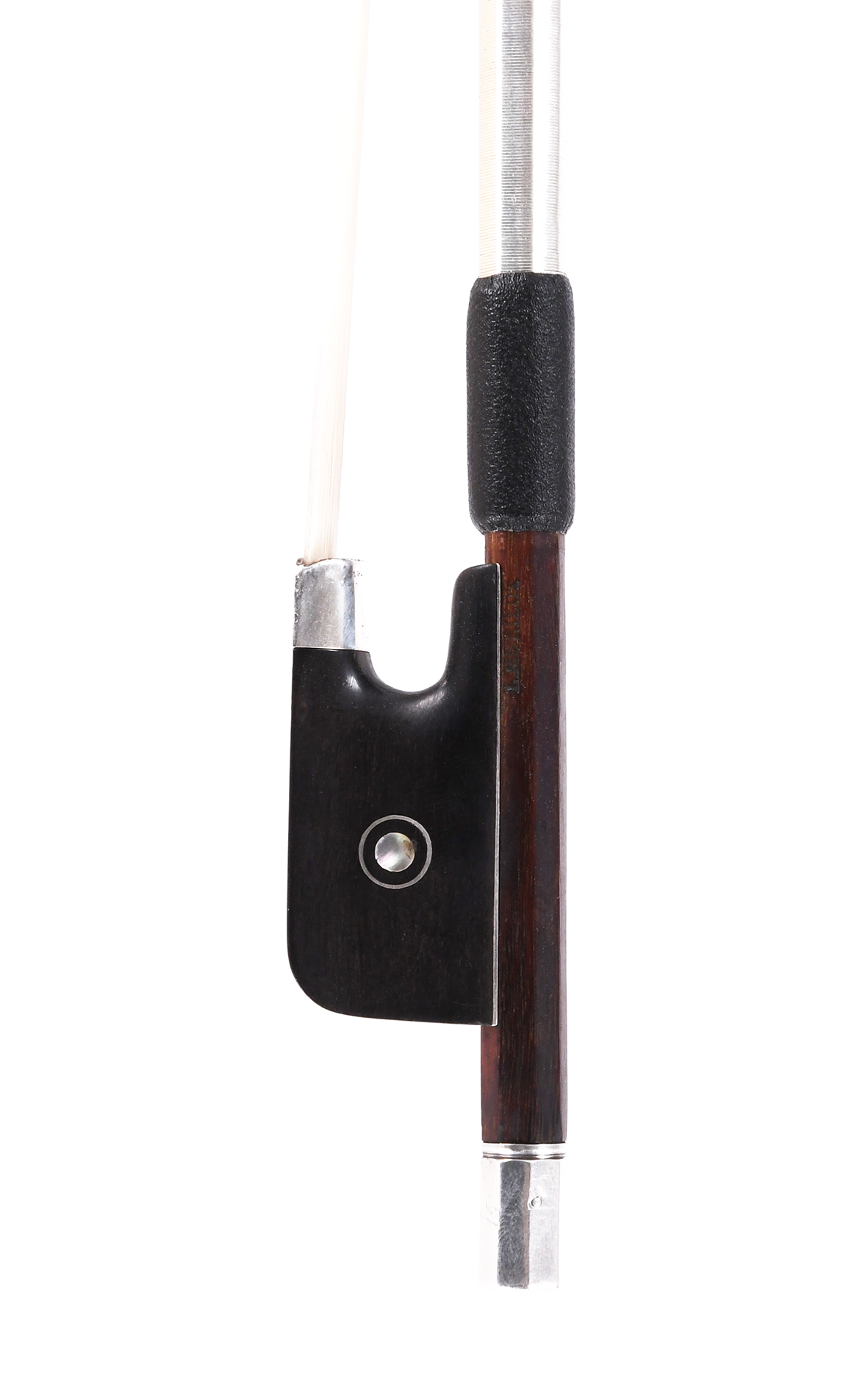 Like many other bow makers of his time, Louis Morizot's career grew from humble working-class origins in the late 19th century. He was born on 22 March 1874 in Darney, a town in the Vosges mountains of France. The son of an ironworker, Louis Morizot père was the second bow maker in his family; the first was his grandfather Guillaume Maline (1792-1859). However, Louis Morizot might also have been encouraged to take up the profession by his father-in-law, Charles Claude Bourbon (1846-1914), a carpenter who also built violins and may even have arranged Louis Morizot’s first business contacts.

The young Louis Morizot learned his art in the atelier of Eugène Cuniot-Hury (1861-1912) and went on to prove his talent under Charles Nicolas Bazin (1847-1915), who at the time was the most influential master in Mirecourt. However, the most important influence on Louis Morizot’s work came from the great Eugène Sartory (1871-1946), for whom he worked from around 1914 until 1919 when he opened his own atelier at no. 5 Rue Saint Georges. Starting in 1920, this is where he trained five of his six sons in bow making; none of them ever left the family’s atelier to work elsewhere. Their close family partnership was the foundation for the major success of "Louis Morizot et ses Fils", and the company soon provided bows to all violin makers in Mirecourt and many renowned ateliers throughout France. Several awards at a major exhibition of handicrafts in Paris attested to the good reputation of the atelier, which had long since attained the same standard as Bazin’s workshop.

In 1937 the brothers took up the management of the family company and ran it under the name "Morizot frères". In a perfectly organised division of labour, each specialised in the task most suitable to his talents. Louis Gabriel Morizot worked primarily on bass bows and frogs and Marcel Louis Morizot on simpler sticks. André Auguste Morizot was the most skilled “bender” and produced the best bows ornamented with silver and gold. Paul Georges Morizot was responsible for winding, hairing and polishing the bows, and Paul Charles Morizot, who was known as “le chef”, ran the business but produced frogs in whatever spare time he had. After World War II, the Morizot freres experienced a ten-year period of extremely high productivity in which they achieved their greatest business success.

One can only guess as to why they were not successful in passing the torch to a third generation. Was the carefully balanced approach to family production too inflexible to offer opportunities to grandchildren or talented apprentices such as Bernard Millant? Did the strict adherence to the traditional bow model play a role? As French bow makers began to strike out on new paths in the 1960s, the Morizot freres saw their star begin to fade. Their business went into decline starting with the death of the father on 15 August 1957, which was followed by that of Paul Georges on 23 July 1959. Marcel Louis died on 16 February 1969; Paul Charles exactly one year later. After the atelier closed in 1970, Louis Gabriel retired to Vittel, living there until 2 June 1988. André Auguste Morizot moved in with his youngest brother René Morizot (1917-2001), the only member of the family to become a violin maker, and worked as the family's last bow maker until his death on 6 February 1978.