Eugène Nicolas Sartory. The life and work of the great Parisian bow maker and classical master of his art

Fine bows made by the French bow maker Eugène Nicolas Sartory (1871-1946) have ranked among the most sought-after items in modern instrument building for over 100 years. Eugene Nicolas Sartory's aesthetically perfect and outstandingly balanced bows can be seen as refined interpretations of models by François Nicolas Voirin and Joseph Alfred Lamy père. These bows have become classical standards for bows that follow the tradition of the great François Xavier Tourte. 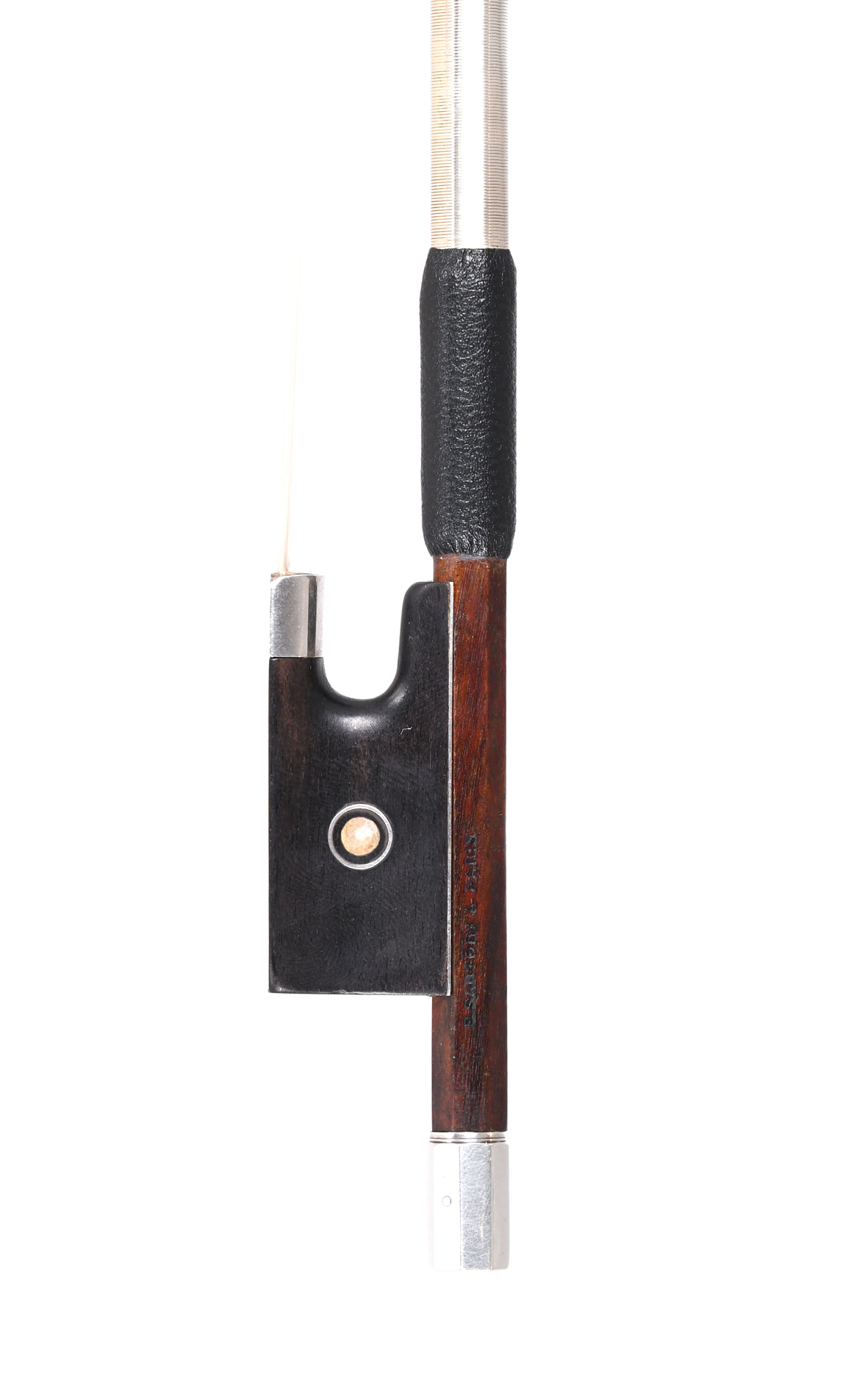 Eugène Nicolas Sartory was born on 22 September 1871 in Mirecourt and learned his craft from his father. Before he was even twenty, E. Sartory began working for Charles Peccatte in Paris in 1890. Shortly afterward, Eugene Sartory studied under the legendary Joseph Alfred Lamy Père before opening his own studio on the Boulevard Nouvelle in 1893. In the twelve years that followed, Eugène Nicolas Sartory perfected his own model which he continued to produce at the same high and amazingly homogenous quality standards throughout his lifetime. This high benchmark is one of the most noteworthy characteristics of genuine E. Sartory bows, and it explains their famous attributes.

E. Sartory – a name that represents the utmost musical quality and an exclusive style

Eugene Sartory worked predominantly with dark pernambuco in his earlier period, whereas his later years were “blonder.” Throughout his career, however, he gave his bows luxurious details that featured ebony, exquisite silver and gold fittings, and tortoiseshell thumb leather of lizard skin. Compact and perfectly shaped heads rank among the more distinctive features of E. Sartory's “signature”.

The standing and legacy of Eugène Sartory

The enduring relevance that Eugene Sartory attained in the world of music from early on can be seen by the numerous copies and forgeries of his bows that started becoming widespread around 1920. Strangely enough, his importance is also reflected in the obituary that mistakenly appeared in “The Violinist” in 1914, incorrectly reporting that the master had fallen in WWI. Eugene Sartory's great name was also due in part to his students, upon whose work he had a major impact: Louis Morizot (1874-1957) in Paris and Hermann Prell (1875-1925) in Markneukirchen both went on to become internationally renowned bow makers themselves. Louis Gillet (1891-1970), whom many soloists saw as a master whose craftsmanship equalled Sartory's, worked with Eugene Sartory from 1934 until his death on 5 March 1946.

Jean-Baptiste Vuillaume - notes to his life and work